EU says it will not recognize Jerusalem as Israel's 'capital'

TEHRAN, December 12 - The EU’s foreign policy chief has rejected a call made by Israel’s Prime Minister for it to follow the US in recognizing Jerusalem as Israeli ‘capital’. 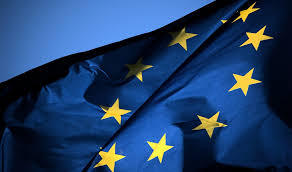 TEHRAN, Young Journalists Club (YJC) - Federica Mogherini said during a news conference in Brussels that there was “full EU unity” in support of the status quo.

But in an announcement on Thursday that drew international condemnation Donald Trump said the US State Department would be moving its embassy to Jerusalem from Tel Aviv in a move that was a de facto acknowledgement of the city as the ‘capital’.

The international consensus on Jerusalem is that its status should be decided at the later stages of peace talks between Israel and the Palestinians.

But Netanyahu, during the first visit to Brussels by an Israeli prime minister in 20 years, claimed Trump’s decision was a reflection of “reality” and urged the EU member states to follow them.

Trump’s decision has been followed by days of fighting between Palestinians and the Israeli forces in the West Bank and Gaza.

Protesters took the street for a “Day of Rage” on Friday which saw thousands take to the streets.