TEHRAN, December 13 - Representatives of Iran and P5+1 wrapped up the 10th Joint Comprehensive Plan of Action (JCPOA) commission meeting held at the level of deputy foreign ministers in Vienna. 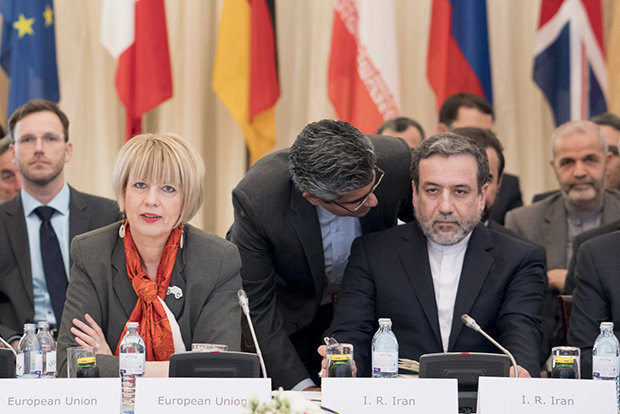 Iranian deputy foreign ministers have a separate meeting with Schmid after the session.

Araqchi told reporters on the sidelines of the ‘Regional Security in West Asia’ in Tehran on Monday that he the two sides would discuss nuclear issues, commitments related to implementation of the JCPOA, cooperation between the two sides and the lifting of sanctions.

A number of experts from Iranian Foreign Ministry and Atomic Energy Organization of Iran (AEOI) as well as him attended the meeting.

The regular JCPOA Joint Commission Meeting is held once every three months.

Share to
Related News
Iran’s Deputy FM meets with Amano in Vienna
P5+1 stresses continuous implementation as to lifting sanctions on Iran based on JCPOA
Iran’s Araqchi: Nuclear deal has nothing to do with regional, int’l matters
Iran to attend JCPOA commission meeting in Vienna
Tags
Iran ، P5+1 ، vienna
Your Comment