Iran’s Araqchi: Nuclear deal has nothing to do with regional, int’l matters

TEHRAN, December 13 - Iranian Deputy Foreign Minister for Legal and International Affairs Abbas Araqchi said that Iran’s 2015 nuclear deal with P5+1 has nothing to do with regional and global matters. 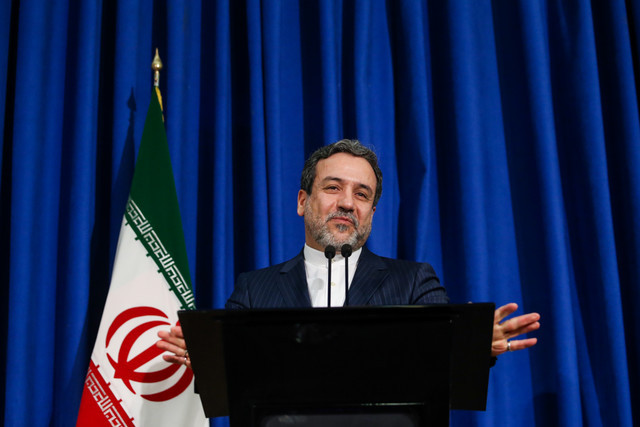 TEHRAN, Young Journalists Club (YJC) - He made the remarks after the 10th JCPOA commission meeting held between Iran and P5+1 deputy foreign ministers in Vienna, following EU Foreign Policy Chief Federica Mogherini that the nuclear deal is a basis for talks on other issues.

He said that the two sides discussed nuclear cooperation, modernizing Arak reactor and signing related agreements during the meeting.

The meeting also dealt with US irregularities on the nuclear deal and all sides noted that the US should comply with its commitment to the deal, he said.

Araqchi said that the US delegation attending the session stressed that the country would abide by their obligations, and that the US has decided to live up to its obligations under the deal presently.

He noted that the US is in isolation regarding its positions on the nuclear deal, adding Europeans’ positions are completely and clearly against those of the US.

“European banks and companies are willing to work with Iran and agreements and negotiations are underway. Overall, we are in a good process with Europe concerning expanding ties under the nuclear deal.”