Greek lawmakers to vote on 2018 budget, with more austerity

TEHRAN, December 19 - Greek lawmakers are set to vote Tuesday on the country's 2018 budget, which includes further austerity measures beyond the official end of Greece's third international bailout next summer. 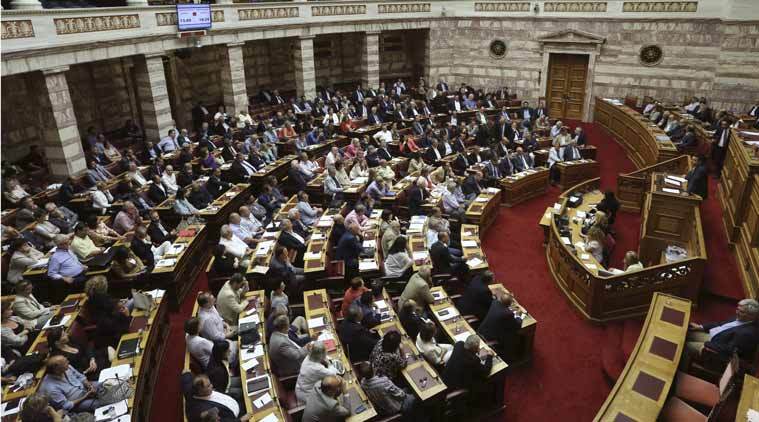 TEHRAN, Young Journalists Club (YJC) - The parliamentary debate is due to wrap with speeches by party leaders, including Prime Minister Alexis Tsipras, before a late-night vote.

With the Greek economy worth around 185 billion euros ($271 billion) in 2018, the national debt will remain at just under 180 percent of annual GDP, roughly unchanged from the previous year.

Greeks will see new tax hikes and pension cuts over the next two years. Bailout lenders had demanded additional guarantees the Greek economy will be stabilized before considering measures to improve the country's debt repayment terms.

Opposition parties have criticized the budget, saying it will prolong the pain for Greeks. The main opposition conservative New Democracy party said the budget was "bleeding dry" the Greek people with 1.9 billion euros' worth of new austerity measures.

Greece's latest international bailout officially ends in August, more than eight years after the country first began receiving emergency loans from the other European Union countries that use the euro currency and the International Monetary Fund.

In return for the funds, successive governments have had to impose repeated rounds of tax hikes and spending cuts, as well as structural reforms aimed at reforming the country's moribund economy and making it more competitive.