TEHRAN, December 19 - An Egyptian military court on Tuesday sentenced an army colonel to six years in prison after he announced his intention to run against President Abdel-Fattah el-Sissi in next year's elections, his defense lawyer told The Associated Press. 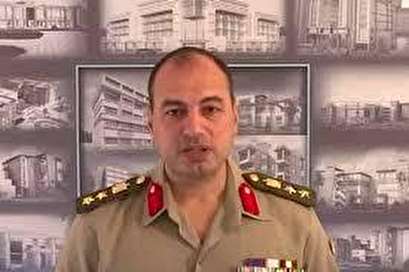 Konsowa, 42, was detained following his Dec. 2 announcement he would run against el-Sissi, himself a general-turned-president who took office in 2014, a year after he led the military's ouster of a freely elected president whose one-year rule proved divisive.

Egypt's presidential elections are due early next year. El-Sissi, who quit the army before his run for president in 2014, is virtually certain to run for and win a second four-year term, although he has yet to make a formal announcement.

A prominent rights activist, Khaled Ali, has said he would also run. Hanging over his bid, however, is a September conviction for allegedly making an obscene hand gesture the day he won a court case in January against the government's decision to transfer two strategic Red Sea islands to Saudi Arabia. Ali also received a suspended three-month jail sentence. He has appealed the conviction.

Another potential candidate is Ahmed Shafiq, a retired air force general who served as the last prime minister under autocrat Hosni Mubarak, ousted in a popular uprising in 2011. Shafiq narrowly lost to Mohammed Morsi in 2012. Shortly after, he left for the United Arab Emirates where he lived in self-imposed exile until early this month, when he returned home.

He later said in a television interview that he wanted to take stock of conditions in Egypt before he makes a final decision in whether to run.