Russia ‘preparing to guard against potential new US sanctions’

TEHRAN, December 20 - The Kremlin said it is taking protective measures in preparation for potential new sanctions on Russia by the United States and its allies, which Moscow said would be “illegal.” 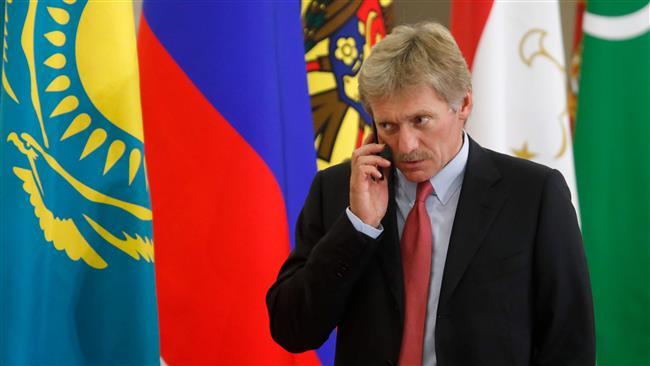 TEHRAN, Young Journalists Club (YJC) - “We are working on and taking measures aimed at defending our interests against a backdrop of possible new restrictive actions and sanctions by various countries, which we continue to deem unlawful,” Kremlin spokesman Dmitry Peskov said on Wednesday.

Peskov made the remark during a conference call with reporters when he was asked about media reports concerning the Russian banks VEB and Globex.

Peskov did not disclose details.

“It would probably not be right now to make public or disclose all these measures aimed at hedging our risks,” he said.

US President Donald Trump signed into law a new package of sanctions drafted by members of the US Congress in August.

One of the provisions of the bill called on the country’s Treasury Secretary to submit a report on the impact of expanding sanctions to cover Russian sovereign debt, with an outcome anticipated by next February.

The US and the European Union (EU) have already imposed sanctions on Russia over what they say is Russian interference in the Ukrainian conflict. Moscow denies those allegations.

However, the US has also been alleging that Russia meddled in the American presidential election last year, planning more sanctions over that claim, which Moscow also denies.

Meanwhile, the Kremlin on Tuesday reacted to the newly-released US national security strategy, which it said had an “imperialist character.”

“The imperialist character of this document is obvious, as is the refusal to renounce a unipolar world, an insistent refusal,” Peskov said on Tuesday.

That strategy introduces Russia as an “enemy” and plans unspecified measures to counter it. Peskov said Russia “cannot accept [the notion] that the country is treated as a threat” to the US.