TEHRAN, December 24 - At least 37 people are dead after a fire spread through a shopping mall in the Philippines on Saturday, local media reported. 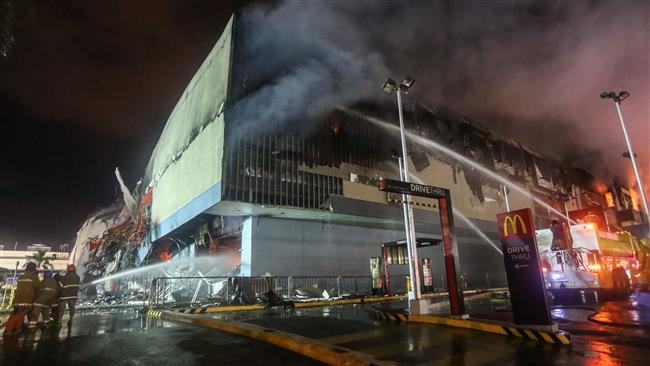 TEHRAN, Young Journalists Club (YJC) - The fire broke out on Saturday morning at the four-storey NCCC Mall in Davao City in the southern Philippines. Video shared with Reuters showed people on the roof trying to escape the smoke. The fire was still going on before dawn on Sunday.

Local media said most of the victims were believed to be employees of a call center on the top floor of the building.

President Rodrigo Duterte who served two terms as the city's mayor and still lives in Davao visited the mall on Saturday night to comfort relatives of the victims, local media said.