TEHRAN, December 28 - Iraqi authorities have extended for two more months an international flight ban on the country’s semi-autonomous Kurdistan region amid tensions between the Baghdad government and the Kurdistan Regional Government (KRG) in the wake of the September controversial Kurdish independence referendum. 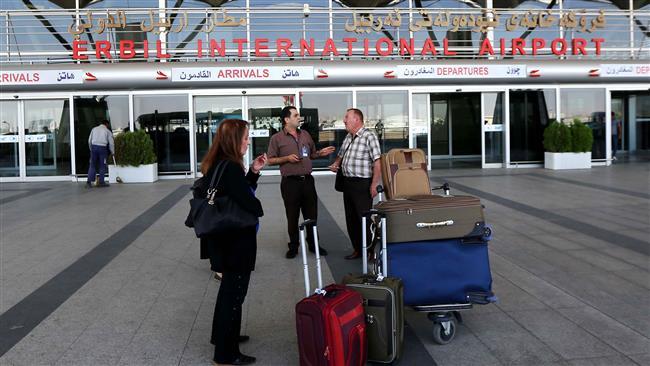 TEHRAN, Young Journalists Club (YJC) - Talar Faiq Salih, the director of the airport in the Kurdistan's capital city of Erbil, said on Thursday that the Iraqi Ministry of Transportation had sent a message signaling that international flights were “banned until February 28.”

“Only domestic flights are authorized,” she noted.

The referendum on secession of the Kurdistan region was held on September 25 despite strong opposition from Iraqi authorities, the international community, and Iraq's neighboring countries, especially Turkey and Iran.

“The KRG must first commit to Iraq's unity. The local authorities in the [Kurdistan] region… must accept the sovereign authority of the federal government on… oil exports, [as well as] security and border protection, including land and air entry points,” the unnamed Iraqi official added.

Iraqi Prime Minister Haider al-Abadi has already demanded the annulment of the referendum.

“We won't accept anything but its cancelation and the respect of the constitution,” he said in a statement on October 26 during a visit to Tehran.

The two-month extension comes as Iraqi Kurdistan is suffering from financial and economic hardships, which have been exacerbated following the independence push.

Asayesh forces opened fire at a group of protesters in the town of Ranya, which is a part of the Sulaymaniyah province, after the latter stormed and set ablaze the office of the Patriotic Union of Kurdistan (PUK).

Frustration over unpaid salaries to teachers and other civil servants, in addition to the deterioration of basic services and widespread corruption have been described as the main reasons behind mass protests in Iraq’s Kurdistan region.

The semi-autonomous region has disagreements with the central government in Baghdad over distribution of crude oil revenues extracted from the northern oilfields.