TEHRAN, December 29 - Iran’s Deputy Foreign Minister for Consular, Parliamentary and Expatriates’ Affairs Hassan Qashqavi announced that the Islamic Republic has no problem in lifting visa requirements for other countries based on mutual respect. 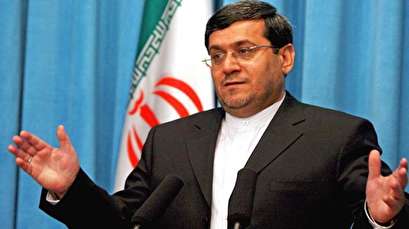 TEHRAN, Young Journalists Club (YJC) - “We declare that we will lift visa regime for any country that respects our passport,” Qashqavi told reporters in the southwestern border city of Shalamcheh on Friday.

Iran’s strategy is to lift visa restrictions for other countries completely, he said, adding that the Islamic Republic has no security problem.

“However, we should remain vigilant about the infiltration (into the country by enemies) because according to the Leader of the Islamic Revolution, the danger of infiltration always exists,” the diplomat said.

Back in February, Qashqavi had said that the country’s citizens can make visa-free trips to a large number of countries in the near future.

He also highlighted the role of the private sector in developing the country’s tourism industry.

With a large number of attractive natural and historical sites, Iran is one of the most touristic countries in the world.

Visitor numbers have soared since Tehran and the Group 5+1 (Russia, China, the US, Britain, France and Germany) reached a nuclear deal known as the Joint Comprehensive Plan of Action (JCPOA) in July 2015 and started implementing it on January 16, 2016.