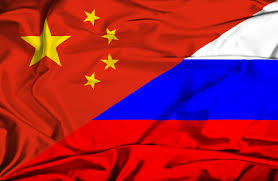 In the message, Xi, on behalf of the Chinese government and the people, extended his sincere greetings and fine wishes to President Putin and to the Russian people.

China seeks to promote international strategic coordination with Russia, and to work for new fruits in the development of bilateral ties, he said.

Noting that 2018 and 2019 will be the years of cooperation and exchanges between the two countries at local levels, Xi said the events will surely boost local exchanges of China and Russia, and help grow the popularity of the idea that the two sides share a long-standing friendship and seek common development and prosperity.

Xi said the passing year has seen important progress in the development of the China-Russia comprehensive strategic partnership of coordination, adding that the two sides have shown firm support for each other on questions concerning their respective core interests, and reaped key early harvest in docking China-proposed Belt and Road Initiative with Russia's Eurasian Economic Union.

The Chinese president also noted that the strategic and major projects of the two countries have been steadily moving forward, and the cooperation in innovation and agriculture, as well as people-to-people and media exchanges have been flourishing.

China and Russia have also maintained close and effective coordination in international and regional affairs, and have made important contribution in preserving world peace and stability, Xi added.

In his returning message, Putin said Russia-China relations in 2017 have achieved new progress as the volume of two-way trade has seen substantial advancement, and exchanges in areas of technology, culture and people-to-people exchanges have been vigorous.

The two countries have conducted rather effective coordination in international affairs, which have been an important contribution to handling global hotspot issues, he said.

Putin pledged that his country is going to join China in making relentless efforts to deepen their comprehensive strategic partnership of coordination and benefit the two peoples.