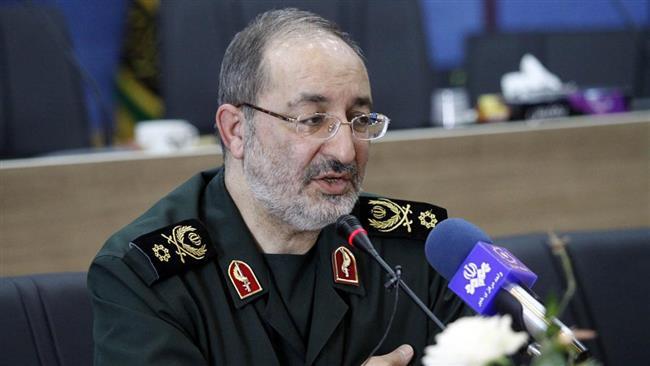 TEHRAN, Young Journalists Club (YJC) - Deputy Chief of Staff of Iran's Armed Forces Brigadier General Massoud Jazayeri added on Monday that the support of the highest-ranking US official along with some arrogant countries and media outlets for rioters revealed that Washington had been planning to incite new sedition in Iran.

However, all such attempts resulted in nothing but the humiliation of the Islamic Revolution's enemies, he said.

The top Iranian army commander emphasized that the US and international Zionism were hatching evil plots against the Islamic Revolution while the United States itself was plagued with various public protests against the White House's policies and measures in 2017.

It is expected that popular uprisings and opposition against the US administration would increase in 2018, he said.

Jazayeri pointed to the increasing separatist moves in the US and emphasized that all measures by the United States and international Zionism against Iran would only lead to their defeat.

Since Thursday, groups of Iranian protesters have staged protests in several cities to voice their anger over rising prices and economic conditions. Sporadic violence has erupted during the protests causing a number of deaths.

Iran's President Hassan Rouhani said on Monday the Iranian people would deal with a "small and minority group" of rioters and lawbreakers exploiting the protests against economic conditions in a number of Iranian cities in recent days.

Rouhani said the nation would counter the small group that has used protests as an excuse to chant slogans in violation of the law and people's demands, insult the sanctities and values of the Islamic Revolution, and damage public property.