Hezbollah: Trump, allies to be disappointed by Iran unrest outcome

TEHRAN, January 4 -The leader of Lebanon’s Hezbollah resistance movement said the outcome of the recent protests in Iran will disappoint US President Donald Trump. 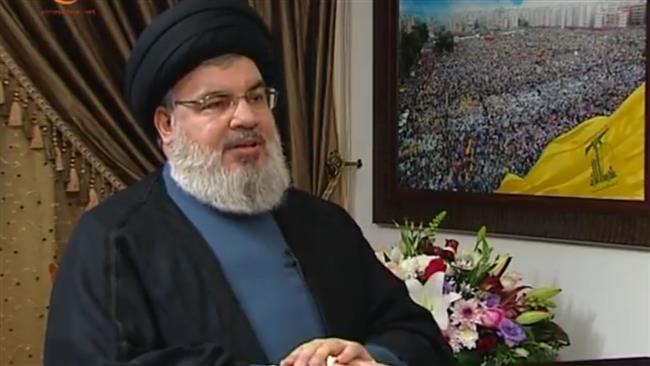 "Trump's hopes have been disappointed" as will the hopes of "all those who bet that the protests would grow and lead to the fall of the government and chaos in Iran," he added.

He further stressed that the unrest was sparked by economical factors that were exploited by external forces.

"America, Israel and Saudi Arabia have entered the crisis in Iran," he said.

Nasrallah went on to express confidence that Iran will bring the riots under full control.

"In Iran there is nothing to worry about and the issue is being taken seriously... The size of the protests is not large," he added.

Meanwhile, the chief commander of Iran's Islamic Revolution Guards Corps (IRGC) said that enemies have been struggling to pose cultural and economic threats to the Islamic Republic, which has stood up to their hegemonic moves.

In reaction to recent protests in some Iranian cities, the IRGC commander added that Iran's enemies "are doomed to failure" with regard to the riots.

Last week, a number of peaceful protests over economic problems broke out in several Iranian cities, but the gatherings turned violent when groups of participants, some of them armed, vandalized public property and launched attacks on police stations and government buildings.

Over a dozen people have been killed in the ensuing violence, according to state media reports.

On Wednesday, Iranians from all walks of life took to the streets in several cities to condemn the violence.

The participants voiced support for the government and shouted slogans against the US and the Israeli regime for backing the riots.