TEHRAN, Young Journalists Club (YJC) - The chief commander of Iran's Islamic Revolution Guards Corps (IRGC) has dismissed the allegations leveled by the US and its allies about the Islamic Republic’s provision of missiles to Yemeni forces. 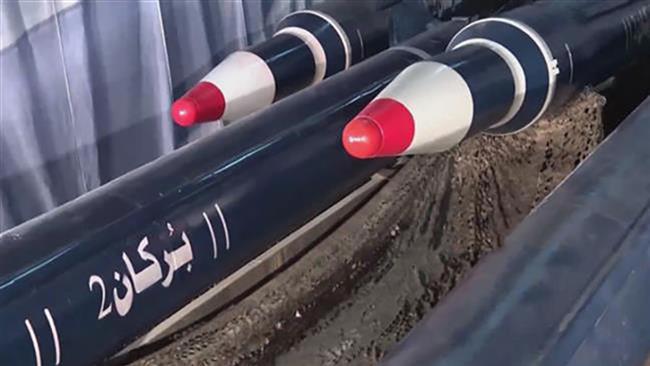 TEHRAN, Young Journalists Club (YJC) - "Missiles fired at Saudi Arabia belong to Yemen which have been overhauled and their range have been increased," Major General Mohammad Ali Jafari said on Sunday.

He added that there is no possibility at all that the Islamic Republic could transfer missiles to Yemen.

He said the US and its puppets have so far spread many lies and leveled many allegations against Iran.

"How is it possible to send weapons, specially missiles, to a country which is fully under siege and there is even no possibility to send medical aid and foodstuff?" the IRGC commander asked.

US Ambassador to the United Nations Nikki Haley on December 14 appeared in a staged show in front of a large and charred tube that she claimed was "concrete evidence" that Iran was providing missiles to Yemeni forces fighting against Saudi Arabia's war of aggression on their country.

Responding to Haley's allegation, Iran's UN mission categorically dismissed as "unfounded" her claim that a missile fired at Saudi Arabia from Yemen was supplied by the Islamic Republic.

In a statement released following Haley's allegations, the mission said, "These accusations seek also to cover up for the Saudi war crimes in Yemen, with the US complicity, and divert international and regional attention from the stalemate war of aggression against the Yemenis that has so far killed more than 10,000 civilians, displaced three million, crippled Yemen's infrastructure and health system and pushed the country to the brink of the largest famine the world has seen for decades, as the UN has warned."

Iran's defense minister also announced that the Islamic Republic would file a complaint with the United Nations over Haley's claim that missile debris allegedly retrieved in Saudi Arabia was of Iranian origin.

Brigadier General Amir Hatami added that Iranian military technicians were investigating the US administration's allegations and were preparing a complaint to be filed with the UN.

"The enemies of the Islamic Republic can make whatever claim, but once the [Iranian] complaint is filed, a part of the missiles [presented] will have to be handed over to Iran so we can present a final conclusion after inspections," Hatami noted.

On December 16, Iranian Foreign Minister Mohammad Javad Zarif dismissed as "baseless" the US allegation that Tehran supplies missiles to Yemen, saying it was an attempt by Washington to whitewash its war crimes in the Middle East.

Zarif said such claims aimed to deflect attention from US complicity in the crimes committed in the Middle East, particularly in Yemen, and from US President Donald Trump's "very dangerous move" to recognize Jerusalem al-Quds as Israel’s “capital.”

On December 14, Abdel-Malek al-Ejri, a senior official of Yemen's Houthi Ansarullah movement, said that Yemen had been firing missiles at Saudi Arabia during the course of the kingdom's military aggression against Yemen since it began in 2015.

"After three years of war, America suddenly finds evidence that Iran supports the Houthis," he wrote in a message on his Twitter account.

"America did not find any evidence in all the missiles fired from Yemen until now. The story is clear. They want to give Arabs a story to divert their attention from Jerusalem al-Quds. Instead of being angry at Israel, they wave the Iranian bogey," the official added, referring to Washington's push to move its diplomatic mission in Israel from Tel Aviv to the occupied city of Jerusalem al-Quds.

Even the United Nations refuted US missile claims against Iran with UN Secretary-General Antonio Guterres saying in a confidential report obtained by AFP that the world body’s team, which visited Riyadh to scrutinize the alleged evidence, had not yet established a link between them and the Islamic Republic.