TEHRAN, January 21 -The first legally compliant digital currency based on a physical asset, OilCoin, was announced last month. Each token will reportedly represent the value of one barrel of oil. 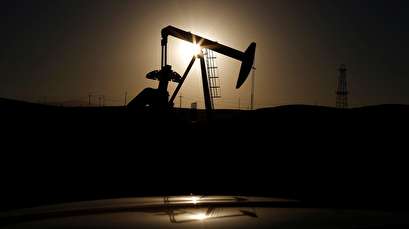 TEHRAN, Young Journalists Club (YJC) -The first legally compliant digital currency based on a physical asset, OilCoin, was announced last month. Each token will reportedly represent the value of one barrel of oil.

A team of banking and technology managers, and US regulatory commissioners who launched the digital currency claim it would provide users with a safe haven from cryptocurrency volatility.

RT talked to Alexandre Kateb, president of Competence Finance SAS, to understand if the new digital currency could one day become a real safe haven like gold.

“OilCoin will try to replicate the movement of oil prices, very much like a financial instrument called an oil future,” said Kateb, who explained that this contrasted with bitcoin and other cryptocurrencies, the value of which is determined by supply and demand for the tokens in circulation, and the cost of issuing new tokens.

He added that OilCoin would have to be backed by physical oil inventories, unlike oil futures, which have to be rolled over periodically and is purely a financial instrument.

Kateb said that “very much like a traditional currency, it is possible to back a cryptocurrency by a physical asset” but expressed doubts that OilCoin could become a real safe haven.

He believes “commodity-backed currencies are a thing of the past, because in the modern world it is technological innovation that drives the economy, not the supply of physical commodities.”

Talking about the possibility of a new cryptocurrency affecting oil prices, Kateb said gigantic quantities of physical oil and other oil-related assets would have to be bought in order to have any such impact.

“It has been said that oil futures can affect oil prices, but according to the studies conducted by the IMF and other financial watchdogs, financial instruments backed by oil may affect the volatility of oil prices but not their level which is determined by the traditional supply and demand for the physical commodity,” he explained.

The economist said that OilCoin would be as volatile as oil itself, adding that it would also have the same kind of cost as oil, namely the "carry cost" incurred by storing physical oil.

“Therefore, the real value of an OilCoin could be subject to a continuous depreciation as time goes by. This is akin to the so-called "contango" effect, which is normally observed with oil futures,” said Kateb.