TEHRAN, January 26 -U.S. fund managers are betting that rising wages and the effects of the Republican-led corporate tax cut will prove a lifeline to middle-market retailers who have struggled to remain relevant in the age of Amazon. 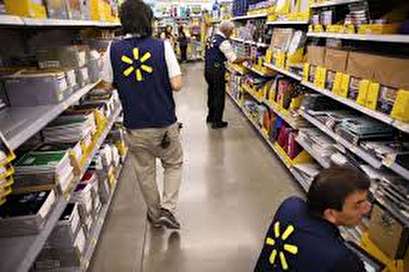 TEHRAN, Young Journalists Club (YJC) -U.S. fund managers are betting that rising wages and the effects of the Republican-led corporate tax cut will prove a lifeline to middle-market retailers who have struggled to remain relevant in the age of Amazon.

With unemployment at 17-year lows, companies are having a hard time filling low to middle-income jobs. As a result, wages for those workers are expected to rise more than 3 percent this year, the largest increase in the category since April 2009, according to data from the Federal Reserve Bank of Atlanta.

Given the expected rise in wages and one-time bonuses resulting from the Republican-led tax cut signed into law on Dec. 22, fund managers are betting that workers will spend more, thus helping drive up share prices of retailers.

“As capital comes back to the U.S., labor demand will be stronger and we will see for the first time in a long time wage growth creeping into the U.S. market,” boosting discretionary income and spending, said Jim Brilliant, portfolio manager of the CM Advisors Fixed Income Fund.

The push toward the middle of the pack retailers is a reversal from the early stages of the bull market that began in 2009, when fund managers packed into the shares of luxury companies such as Tiffany & Co and downmarket retailers such as Dollar General Corp as a play on rising income inequality. Shares of high-end fashion company Tapestry Inc - then trading under the name Coach Inc - rose more than 45 percent in 2010, more than double the 20 percent return in middle-market stores like Target Corp.

Now, fund managers say they are targeting middle-income shoppers as jobless claims currently at 45-year lows and increased corporate spending push companies to increase wages. As a result, they see more dollars flowing to retailers, some of which suffered declines of 25 percent in their share prices in 2017 on fears that Amazon.com Inc would move into additional business lines and drain business away from them.

BONUS A BOON FOR RETAILERS

Bank of America, Wells Fargo, Jet Blue, and Comcast are among the companies that have announced one-time bonuses or raises for their hourly workers over the last month. Wal-Mart, the nation’s largest retailer, said last week that it would increase its minimum wage by $1 to $11 an hour. At the same time, minimum wages are increasing in 18 states in 2018, along with major cities such as New York and Seattle.

“The minimum wage increase will have significant impact on much of the economy and many of the stocks that we own,” said Garth Nisbet, a portfolio manager at Wells Fargo Asset Management. “We are hearing many companies when we listen to conference calls saying that they are having challenges finding workers, and the only thing that’s left is for wages to increase.”

COMING OUT FROM AMAZON‘S SHADOW

Overall, retail stocks continue to be undervalued compared with other parts of the market at a time when the S&P 500 continues to hit new highs, said Nisbet. More than 50 U.S. retailers filed for bankruptcy in 2017, including chains such as Toys ‘R’ US, Payless Shoes, and Gymboree, as consumers continued to migrate to e-commerce and away from malls.

That has left surviving companies such as Tailored Brands, the parent company to menswear stores such as Men’s Wearhouse and Jos. A. Bank, trading at price-to-earnings ratios near their 52-week lows as investors have fled the sector, he said.

Still, Nesbit expects revenues to rebound as a result of consumers spending their one-time tax bonuses or portions of their wage increases, helping convince the market that these companies can still attract customers even as Amazon encroaches into more retail sectors.

“You are finally starting to see fundamental reasons that are going to drive the recovery in these stocks,” he said.

At the same time, U.S. retailers are seeing their tax rates plummet as a result of the corporate tax cut, which slashed rates from 35 percent to 21 percent.

While all retailers will see a benefit from tax cuts, those that have been waiting for an increase in lower to middle-end wages will see the largest share price gains in the year, said Tom Plumb, president of Madison, Wisconsin-based Plumb Funds.

“You are finally starting to see real wage growth this cycle, and it’s the lower income shopper who will be the most likely to spend it” rather than invest it, he said.