TEHRAN, January 27 - Protesters scuffled with riot police in Tunis on Friday as dozens of people rallied in front of the Tunisian Parliament demanding a disputed budget law be culled. 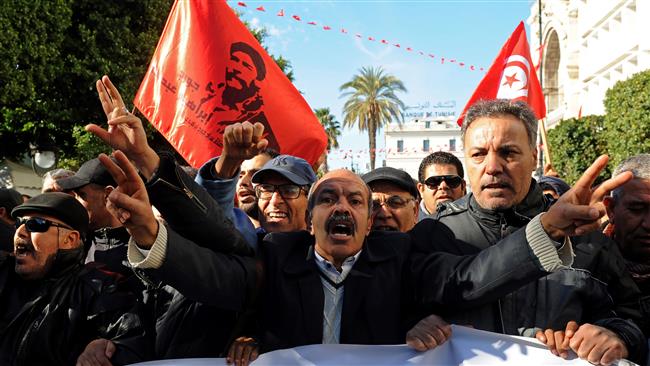 TEHRAN, Young Journalists Club (YJC) - Protests against deteriorating economic conditions in Tunisia kicked off on January 8 after the government's announcement of austerity measures and tax increases.

Earlier this week, organisers of the Fech Nestanaw campaign reportedly said that more than 1,000 people have been arrested since protests began.

Tunisia is under pressure from the International Monetary Fund (IMF) and its partners to cut its deficit and to create jobs despite the fact that one of Tunisia's most profitable sectors, tourism, has been suffering since 2015, when the self-proclaimed Daesh terrorists carried out numerous military attacks against tourists. (RUPTLY)