Lebanon will pay for Iran ties in next Israel war: Lieberman

TEHRAN, February 1 - The Israeli minister of military affairs has renewed the threat of a new war against Lebanon, saying Beirut would “pay the full price” for its ties with Tehran in such a military offensive. 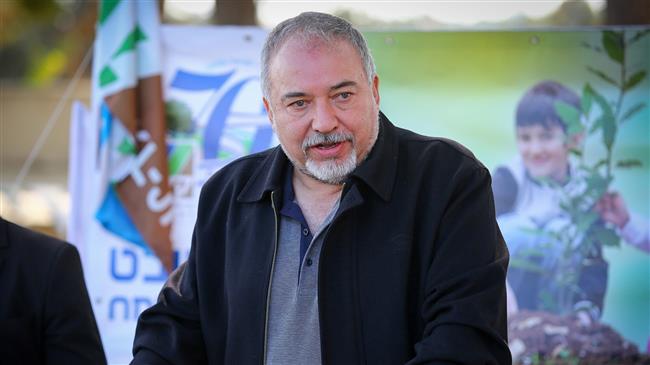 TEHRAN, Young Journalists Club (YJC) - Speaking at an event on Wednesday, Avider Lieberman accused Lebanon and the resistance movement Hezbollah of “subjugating fully to Iran,” warning that as a result, all of Lebanon will be fair game in a future war.

“Lebanon’s army and Hezbollah are the same — they will all pay the full price in the event of an escalation,” Lieberman said, adding that “If a conflict does break out in the north, ‘boots on the ground’ remains an option.”

Hezbollah is Lebanon’s de facto military power, and has been fighting off, alongside the national army, recurrent acts of Israeli aggression against the homeland.

Lebanon has repeatedly praised Hezbollah’s key role in the war against terrorism, with President Michel Aoun defending the resistance movement’s possession of arms as essential to Lebanon’s security.

Over the past months, Israeli officials have threatened another war on Lebanon.

The resistance movement has repeatedly warned that any Israeli act of aggression would be met with a crushing response.

Hezbollah has also been helping Syria’s national army in its fight against terrorists to prevent the spillover of the crisis in the neighboring country into Lebanon.

Takfiri groups such as Daesh and al-Nusra have never attacked Israel despite operating close to Syria’s borders with the occupied Palestinian territories over the past three years.

In April, Israel’s former minister of military affairs, Moshe Ya’alon, admitted to a tacit alliance with Daesh, saying the Takfiri group had “immediately apologized” to Tel Aviv after firing “once” into Israel.

Israeli media reported in December that senior US and Israeli officials had secretly met in Washington to hammer out a deal on confronting Iran on several fronts.

According to the report, one of the teams would try to curb Iran's influence in Syria and work to block Tehran’s support for Hezbollah.

Recent reports also say Israel also mulls a similar anti-Iran alliance with Saudi Arabia. To that effect, the two sides are even working behind the scenes to make their covert ties public and establish formal relations.

In November 2017, Hezbollah Secretary General Seyyed Hassan Nasrallah said Saudi Arabia has appealed to the Israeli regime to launch a military onslaught against Lebanon in the name of fighting Hezbollah, and is ready to spend billions of dollars to attain this objective.

“Saudi wants to destroy Lebanon under the pretext of combating Hezbollah. It was the main architect of Israel’s war on Lebanon in the summer of 2006,” he pointed out.

He made the comments in response to an attempt by the regime in Riyadh to coerce Lebanese Prime Minister Saad Hariri into stepping down over his refusal to take a confrontational approach against Hezbollah and Iran.

Last November, Hariri declared his surprise resignation from a location in Riyadh, fueling strong beliefs at home and abroad that he had been forced to quit by the Riyadh regime in an attempt to pressure Hezbollah.

Hariri, however, managed to get out of the kingdom amid international pressure on Riyadh. He rescinded his resignation after returning home.