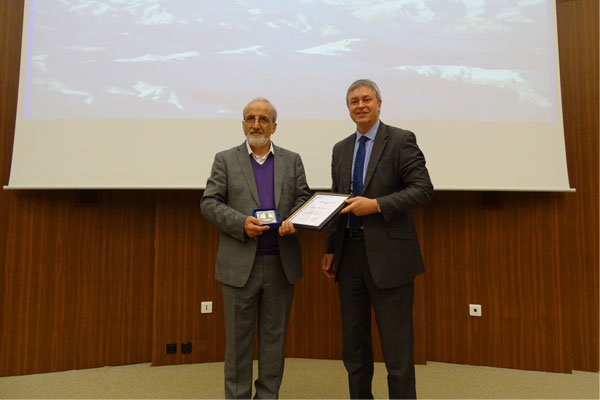 TEHRAN, Young Journalists Club (YJC) - Dr. Malekzadeh received the IARC Medal of Honor from the International Agency for Research on Cancer which was held on the agency headquarters, with scientists, researchers and oncologists in attendance. The IARC Director Christopher P. Wild presented a speech during the ceremony.

Iran’s Deputy Health Minister Reza Malekzadeh introduced in his speech a cohort study on the Middle East and North Africa carried out in Iran and said that the research has been able to prove the carcinogenicity of opium.

The International Agency for Research on Cancer (IARC) was created in 1965 as the specialized cancer agency of the World Health Organization. The objective of the IARC is to promote international collaboration in cancer research. The Agency's headquarters building was provided by its host in Lyon, France.

The IARC Medals of Honor are awarded to acknowledge and reward the work of scientists whose research has made an outstanding contribution to advancing our understanding of the biology or of the epidemiology of cancer, identifying causes and ways of prevention and helping to relieve the burden of this disease.