TEHRAN, February 2 - Venezuela condemned on Friday U.S. comments that its own military could topple President Nicolas Maduro and said a Latin American tour by Secretary of State Rex Tillerson was seeking a regional "intervention" against the socialist government. 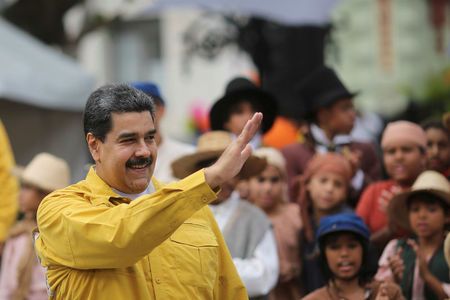 TEHRAN, Young Journalists Club (YJC) - Accusing Washington of seeking to undermine democracy in Latin America and return to the days of "imperialism," Defense Minister Vladimir Padrino lashed out at Tillerson during a broadcast on state television.

"Every day he distances himself more from diplomacy to enter into war-mongering. You have no moral authority," said Padrino, flanked by armed forces' top brass who swore loyalty to Maduro.

"This man... will try to persuade Latin America governments to intervene in Venezuela.

On Thursday, Tillerson raised the prospect of a Venezuelan military coup ahead of a five-day tour of Latin America.

"If the kitchen gets a little too hot for him, I am sure that he's got some friends over in Cuba that could give him a nice hacienda on the beach and he could have a nice life over there," Tillerson said, referring to 55-year-old Maduro, who has a close relationship with Cuba's communist government.

Many opposition leaders would love for Maduro to seek exile abroad. The former bus driver and union leader is widely disliked in Venezuela due to a brutal economic crisis that has sparked malnutrition, disease and mass emigration.

But even some anti-government activists fear Washington's heavy-handed approach will only foster unity between the Socialist Party and the armed forces, as they would be loathe to seem to be taking orders from Washington.

Share to
Related News
US policy toward Venezuela won't change after release of US prisoners – Pompeo
Cuba nominates Raul Castro's successor
U.S. mulls sanctions on Venezuela to put pressure on Maduro
America’s elite thinks it has a divine right to rule the world
Tags
Venezuela ، military ، ouster
Your Comment