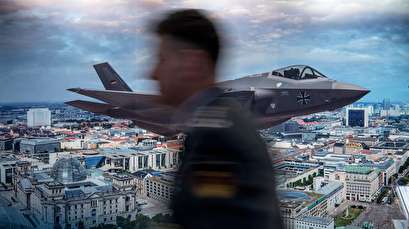 The news comes amid reports that the German Air Force (the Luftwaffe) is mulling replacement options for its aging Panavia Tornado jets. The Tornado, designed and brought to service during the Cold War, fails to meet the requirements of modern warfare. Finding suitable options has, however, proved difficult.

Christian Thiels, a defense expert and military correspondent with ARD public broadcaster, reported that Muellner was told to stop talking about the F-35.

“Luftwaffe sources tell me, if Germany's Air Force Chief says 'F35' once again, he will likely be fired. Seems [like] political leadership is still leaning towards EU-solution (either nuke-capable Typhoon-upgrade or new European jet),” he tweeted.

The authenticity of the insider information could not be immediately verified, but it does reflect the debate about the air force’s future fighter jet which is growing in German defense circles.

General Muellner, who began his career as a flight officer on the US-built F-4, is regarded as a vocal proponent of the F-35. Last November, he told Reuters the replacement for the Tornado fighter must be a fifth-generation aircraft capable of hitting targets while staying out of reach of enemy radar.

According to the air force chief, the future fighter has to be “low-observable, and able to identify and strike targets from a great distance.”

“It will have to be a fifth-generation jet to meet the full spectrum of our needs,” Muellner said.

However, the assessment did not appear to sit well with other military chiefs. A month later, in December, Deputy Defense Minister Ralf Brauksiepe said, responding to a parliamentary request for information: “The indicated view of the Inspector of the Air Force that the F-35 Lightning II is an especially suitable successor to the Tornado system is not the position of the federal government.”

The defense ministry is instead eyeing an upgraded version of the Eurofighter Typhoon – a joint project between British company BAE, French Airbus, and Italy’s Finmeccanica – Brauksiepe said.
Though no official tender has been announced, a contract to replace the German Tornado fleet, expected to be decommissioned by around 2030, could be worth billions of euros.

Earlier, it emerged that the defense ministry has formally requested technical information from Lockheed Martin about the F-35, and also Boeing about its F-15 and F/A-18E/F fighter jets. The ministry was also collecting information from Airbus about its efforts to design a next-generation aircraft.