German wage deal should give some comfort to ECB

TEHRAN, February 6 - A landmark wage deal in Germany is likely to be greeted by the European Central Bank as a sign that pay is finally ticking up, easing some negative risks in its projections and keeping it on track to curb stimulus further despite the recent market rout. 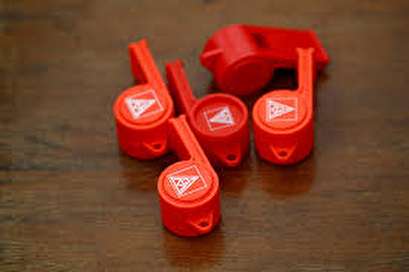 TEHRAN, Young Journalists Club (YJC) - A landmark wage deal in Germany is likely to be greeted by the European Central Bank as a sign that pay is finally ticking up, easing some negative risks in its projections and keeping it on track to curb stimulus further despite the recent market rout.

German labor union IG Metall and a key employer group agreed late on Monday on a 4.3 percent wage rise spread over 27 months, setting a benchmark for millions of workers across Europe’s largest economy.

The deal comes against the backdrop of solid economic news, but also of the biggest market rout in years, which if it persists may complicate any decision by the bank when it considers reducing support for the economy.

While the deal is well below initial demands, it is broadly in line with the ECB’s projection for slowly building wage and consumer inflation pressures, comforting policymakers who have faced negative surprises year after year as the labor market adjusted to unexpectedly large slack.

Having bought over 2 trillion euros’ ($2.5 trillion) worth of bonds to keep borrowing costs low, the ECB is now looking to end the buying as the economy motors ahead. Weak wage growth has been the biggest obstacle in lifting inflation back to the bank’s target rate of almost 2 percent.

“It’s a step in the right direction for the ECB... they can be moderately happy about it,” Commerzbank economist Michael Schubert said. “It might create very mild upside risks to projections but certainly not enough for us to change our assessment; the ECB will remain cautious and patient.”

“They’ll be cautious not because it’s just a first step but also because they look at everything else, like the euro appreciation and the equity market selloff,” Schubert added.

Global equity markets have lost $4 trillion since their peak just over a week ago with the CBOE Volatility index .VIX, a closely followed “fear-index” measure of expected near-term stock market volatility, jumping to its highest level since August 2015.

Falling bank shares over a longer period could raise the cost of capital and curb lending, while higher bond yields may limit government spending, both potentially concerning for the ECB.

“Should central banks respond? In short, no,” Berenberg economist Kallum Pickering said. “Softer equity markets, which for now reflect no more than a correction of the little excess on the upside in recent months, need not change the economic or central banking calculus much.”

Indeed, a short-term rout is unlikely to sway the ECB, especially since euro zone households are much less exposed to stock markets than those in the United States and economic data continues to surprise on the upside.

Data on Tuesday showed that German industrial orders rose more than expected in December despite a surging euro, indicating that output may be above already heightened expectations.

But the ECB is going to move only very slowly to tighten policy as many of the recently created jobs tend to be lower quality and add little to wage pressures, suggesting that it may be years before inflation rises back to target.

Immigration from the east also eases labor market stress and a broader measure of slack - which includes part-time workers seeking more hours and people excluded from the labor market for administrative reasons - may be twice as high as the official projections, ECB data shows.