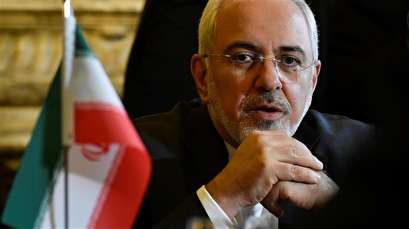 "The US Nuclear Posture Review reflects greater reliance on nukes in violation of the #NPT, bringing humankind closer to annihilation. No wonder the Doomsday Clock is at its most dangerous since 1953. Trump’s obduracy in killing the #JCPOA stems from the same dangerous imprudence," Zarif tweeted on Saturday.

In 1970, the Treaty on the Non-Proliferation of Nuclear Weapons, or NPT, was ratified, and it was extended indefinitely in 1995. Under the treaty, the five permanent members of the United Nations Security Council — China, France, Russia, the United States and the United Kingdom — were acknowledged as nuclear powers, and other countries that joined the treaty agreed not to pursue nuclear weapons development, although they are allowed to use nuclear technology for non-military purposes.

The policy effectively ends efforts under the administration of former President Barack Obama to reduce the size and scope of the US arsenal and minimize the role of nuclear weapons in defense planning, outlining the Pentagon's nuclear ambitions under President Donald Trump.

On January 12, Trump extended waivers of economic sanctions on Iran for another 120 days but said he was doing so “for the last time.”

The agreement, reached between Iran and the P5+1 countries -- the US, the UK, France, China, Russia and Germany -- puts limitations on parts of Iran’s nuclear program in exchange for removing all nuclear-related sanctions. A decision to reimpose sanctions would have effectively ended the nuclear agreement.