US talks of peace while threatening others with nukes: Rouhani

TEHRAN, February 4 - Iran’s President Hassan Rouhani criticized Washington’s “shameless” hypocrisy in talking about world peace all the while threatening other countries with its new nuclear arsenal. 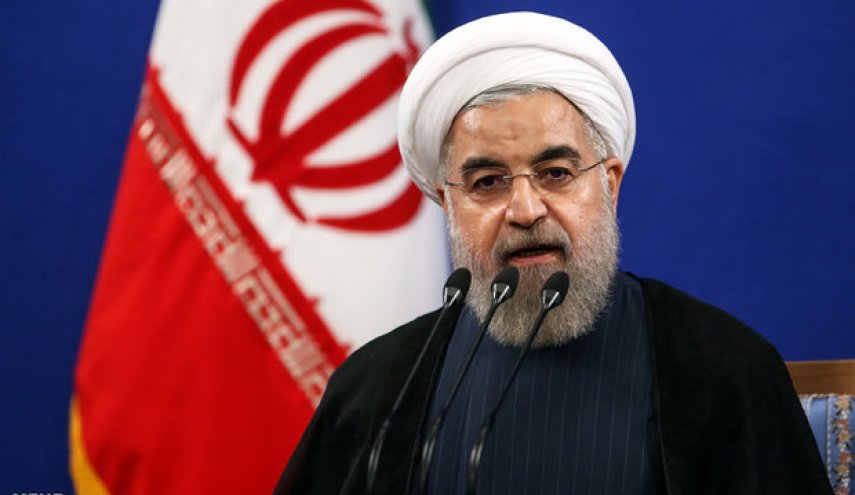 TEHRAN, Young Journalists Club (YJC) - Iranian President Hassan Rouhani made the remarks on Sunday via a video conference broadcasting live at the unveiling ceremony of ten cultural centers and museums dedicated to the Sacred Defense in ten provinces across the country.

“In today’s world, everyone is threatening everyone. It seems quite far-fetched that the world would come to a point in years to come where no country would be waging wars against another,” President Rouhani said, while stressing the need to revamp the country’s defense capabilities in a bid to nullify threats against the Iranian nation.

Rouhani then made an implicit reference to the NPR which mostly focuses on countering Russia, slamming Washington for being so “shameless” in threatening Moscow with nuclear weapons.

“The [Americans] who believe that the use of weapons of mass destruction is a crime against humanity and have pushed for the annihilation of all nuclear weapons in the world, are now ironically engaged in an arms race to revamp their nuclear arsenal to use it against their rivals,” Rouhani added.

“Under such circumstances, is it really feasible for a nation to say that now is the time of peace, friendship and peaceful coexistence and therefore, there will be no need for defense power?,” said Rouhani, adding that Iran will always be in need of boosting its defense power against outside threats.

The president further underscored that Iran will never negotiate with anyone on its rights to develop defense capabilities.

Stressing Iran’s resolve to boost defense capabilities as long as there is threat against the country, President Rouhani added that ‘legitimacy’ is the first line of defense in the war against aggressors.

“Once the legitimacy and righteousness of war become clear to the people, once they realize that the war is an act of defense and resistance against invasion, they will continue to persevere even if the war is to take eight to ten years,” Rouhani said.

He went on highlight people’s “trust” as the second “software” required in any defense against aggressors, adding “without trust in defense commanders and senior political authorities, people would not take up arms on the battleground.”

The president stressed that once the legitimacy of defense has been established, the hardships of war would become easier to handle.

“The Sacred Defense was the glorious and noble defense of a nation not against an aggressive regime, but against the entire world,” Rouhani said, referring to the Iraq’s invasion of Iran back in 1980, which lasted for eight years and claimed the lives of hundreds of thousands of Iranians and affected many more with chemical weapons.
“Our people understood very well that neither the United Nations, nor any regional states, nor even friendly countries, were going to back Iran in the imposed war, and that no one but themselves had to protect their country against invasion,” he added.