Europe must be aware not be deceived by US: Iran MP

TEHRAN, February 4 - A senior Iranian lawmaker warned that the United States is making various efforts to encourage European countries to express their opposition to the 2015 landmark nuclear agreement, urging Europe's vigilance in the face of such efforts. 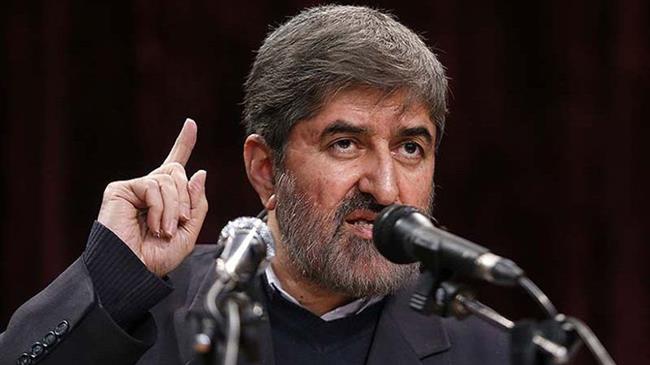 TEHRAN, Young Journalists Club (YJC) - The second vice speaker of the Iranian Parliament, Ali Motahhari, made the comments on Sunday in an exclusive interview with IRNA amid the US lobbying efforts against Iran's peaceful missile activities.

The administration of US President Donald Trump has for months been threatening to quit the multilateral nuclear agreement, officially known as the Joint Comprehensive Plan of Action (JCPOA), if its “disastrous flaws” are not fixed.

Trump said on January 12 he wanted America's European allies to use the 120-day period before sanctions relief again came up for renewal to agree to tougher measures and new conditions, otherwise Washington would pull out of the deal.

Washington has repeatedly claimed that Iran’s missile program is in violation of United Nations Security Council Resolution 2231, which endorses the JCPOA.

Motahhari rejected the US claims and said, "The JCPOA has nothing to do with the strengthening of Iran's defense system."

"Europeans must be vigilant not to be deceived by the US," he added.

The Iranian legislator emphasized that the Islamic Republic has no obligation to "stop its missile activities" and said the US is making futile efforts in this regard.

Addressing a lunch meeting with members of the United Nations Security Council on Monday, the US president accused Iran once again of destabilizing the Middle East and providing Yemen’s Houthi Ansarullah fighters with ballistic missiles.

On December 14, US Ambassador to the UN Nikki Haley presented a charred tube and other material that she claimed were from an Iranian-made ballistic missile fired from Yemen at the King Khalid International Airport near the Saudi capital, Riyadh, on November 4. She claimed that that “evidence” proved Iran’s violation of United Nations resolutions banning the transfer of weapons to the Houthi Ansarullah fighters, who have been fighting back a Saudi-led aggression with allied Yemeni army troops and tribal fighters since March 2015.

Both Iran and the Houthis have denied that the missile fired was Iranian.

A few days later, she said that the UN Security Council could strengthen the provisions in Resolution 2231, which was approved in July 2015 to endorse the multilateral nuclear deal with Iran, or adopt a new resolution banning Tehran from all activities related to ballistic missiles.

"In the fake news department, Trump & Co. attempt to create an Iranphobic narrative at the UN Security Council -- through wining and dining and fake evidence provided by a warring neighbor," Zarif said in a post on his official Twitter account.

Iranian Foreign Ministry Spokesman Bahram Qassemi also said on Saturday the United States and other countries producing and exporting lethal arms are in no position to express opinion about the Islamic Republic's defense prowess.

"The US and some countries, which are producing and exporting deadly weapons, cannot export destructive weaponries worth hundreds of billions of dollars to this sensitive region through deceitful [approaches] and pass judgment about Iran's defense might at the same time," Qassemi said.

Iran has repeatedly reiterated the defensive and deterrent nature of its missile program and said the country’s missile capabilities have so far played an “effective” role in improving regional peace and stability.