TEHRAN, February 5 - The Iran men’s national futsal team, domestically known as Team Melli Futsal, has advanced to the quarterfinals of the 2018 Asian Football Confederation (AFC) Futsal Championship after crushing China in its second fixture at the group stage of the tournament. 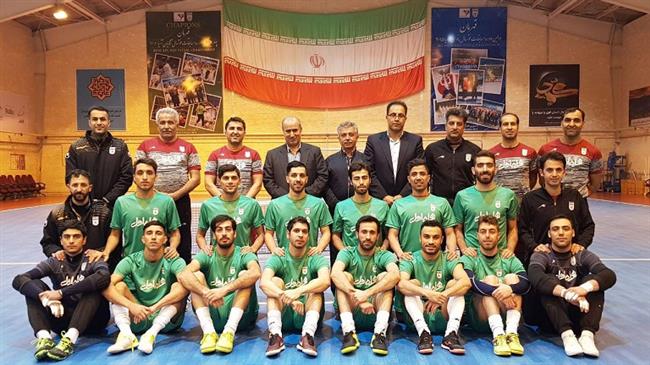 TEHRAN, Young Journalists Club (YJC) - The Persians hammered China 11-1 in a Group C match at the University of Taipei Gymnasium in Taipei on Sunday, and qualified for the next level.

China held firm for the first three minutes of the game, but a defensive error proved costly as Iran’s Hossein Tayyebi scored the first goal and helped his side take the lead.

The Iranian futsal team then continued to control the match before Farhad Tavakoli and Mahdi Javid each hit the ball in the back of the net in the 10th minute.

Javid netted his brace four minutes later, before Mohammad Shajari and Tayyebi added two more goals to Iran’s tally and made it 6-0.

China, however, did not abandon hope and Xu Yang pulled one back in the 20th minute.

Iranians did not hesitate to ramp up pressure on their opponents after the interval, and fired more goals.

Ali Asghar Hassanzadeh Navlighi, who is currently a member of Giti Pasand in the Iranian Futsal Super League, scored two goals in the space of three minutes.

Tayyebi completed his hat-trick with three minutes left to play.

The Iran men’s national futsal team will play Iraq in its final group tie on Tuesday.

The 2018 AFC Futsal Championship, which is the 15th edition of the games, opened on February 6 and will close on February 18 in Chinese Taipei.

Asian powerhouse Iran is pitted against China, Iraq and Myanmar in Group C.

Bahrain, Chinese Taipei, Malaysia and Vietnam are drawn in Group A.

Group B consists of Japan, South Korea, Tajikistan and Uzbekistan.

Team Melli Futsal holds a record of 11 championship titles, and the team has enjoyed much success in recent years.