Energy stocks have room to build on solid start

TEHRAN, February 5 - Energy stocks have got off to a strong start this year and look poised to run further, fueled in part by a rebound in oil prices, climbing U.S. production and investors looking to take advantage of shares that could be a bargain after a disappointing 2017. 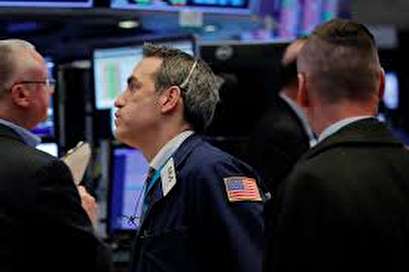 TEHRAN, Young Journalists Club (YJC) - Energy stocks have got off to a strong start this year and look poised to run further, fueled in part by a rebound in oil prices, climbing U.S. production and investors looking to take advantage of shares that could be a bargain after a disappointing 2017.

Those declines came despite a friendlier energy policy by the administration of U.S. President Donald Trump, while investors remained unconvinced a rise of more than 12 percent in WTI crude oil to the $60 a barrel by the end of the year mark would hold.

But a combination of factors, including global economic growth, continued weakness in the dollar, the ability of OPEC to keep production curbs in place and restraint on the part of U.S. shale producers has helped lift WTI over the $65 mark and convince investors the higher prices are now sustainable.

Energy stocks climbed 3.8 percent in January before stumbling nearly 6 percent this week as part of a broad market selloff.

The higher prices have not only boosted the attractiveness of energy stocks, but have bolstered the prospects for a rebound in shale production. Output for U.S. oil is poised to climb above 10 million barrels a day, which would top a record set in 1970 and cement the status of the United States as the No. 2 producer in the world.

With the energy sector in a more favorable light, investors are looking to capitalize on stocks that remain cheap despite a gain of more than 4 percent for the year.

The relative performance of the S&P energy index has generally tracked oil prices, but a gap emerged in 2017 as crude prices recovered but shares in energy companies lagged, indicating they are primed to catch up.

While the forward price to earnings ratio (PE) of the energy index at nearly 24 is well above the 18.6 for the S&P 500, that number is set to decrease as the sector has the second highest percentage of upward estimate revisions of the major S&P groups through Thursday morning, according to Thomson Reuters data.

In addition, the relative price-to-book ratio of the sector is near a 10-year low at 0.6, suggesting it is undervalued.

Names such as Chesapeake Energy, with a forward PE under 5, and Cimarex Energy, at a 15.6 forward PE, are among the cheapest in the sector.

Also supporting oil prices has been the continued weakness in the dollar, which has helped demand. The greenback in January suffered its worst monthly performance against a basket of major currencies, down 3.25 percent, since March 2016. Demand for crude is sapped by a stronger dollar, which is priced in the currency.

“There are several things going for it, it was unloved, underowned and it already has been recovering fundamentally for a while,” said Jim Paulsen, chief investment strategist at The Leuthold Group in Minneapolis.

“Now you have a dollar break to the downside which is pushing crude to three-year highs and probably going to push crude over $70 on WTI.”

Fund flows show investors have begun to take notice, with S&P oil and gas exploration and production industry seeing a 4.3 percent increase in inflows over the prior week, according to Credit Suisse data.

There could be some speed bumps for the sector, however. Shale players and OPEC could lose their production discipline and a strengthening U.S. economy could cause the dollar to strengthen again and dampen oil prices. Crude has dipped 0.6 percent this week and is on track for its second weekly decline in three.

“The stock market is bidding up some of these names beyond where they really ought to be,” said Stewart Glickman, energy analyst at CFRA in New York.

“Is earnings power going to improve - sure. It is moving in the right direction but some of what has happened so far has been currency driven and momentum driven and it is not going to persist.”

Another headwind could be rising bond yields denting the attractiveness of the sector for investors who look to dividend payers.

“If the rates continue higher I wonder if crude will have to break above $70 before we see the next surge in energy stocks.”