Iran rejects 'US dreams' of joint talks on nuclear deal

TEHRAN, February 5 - Iran said it has no information on the formation of working groups on fixing what the US sees as flaws in the Iranian nuclear deal. 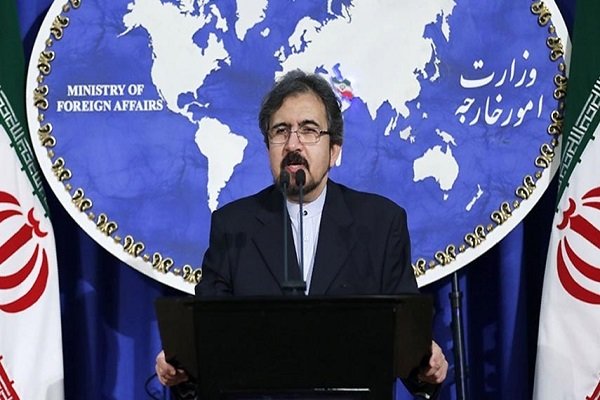 TEHRAN, Young Journalists Club (YJC) - Foreign Ministry spokesman Bahram Qassemi on Monday was reacting to US Secretary of State Rex Tillerson's remarks that the alleged groups had already begun to meet, trying to determine how much Iran needed to be engaged in it.

"We have not received such remarks formally from the three European countries," Qassemi told reporters during his weekly news briefing in Tehran, referring to the UK, Germany and France which are all parties to the 2015 nuclear deal.

"We think that the Americans, as per their wrongful and age-old habit, have again expressed their dreams through the mouth of others," he added.

Tillerson, ending a week-long European trip in Warsaw Saturday, said he had secured support from the three countries to work on the deal that President Donald Trump has pledged to ditch unless changes are made.

“The working groups have already begun to meet on efforts to agree principles, what is the scope of what we attempt to address and also how much we engage Iran on discussions to address these issues,” he said.

Trump wants tighter restrictions on Iran’s ballistic missile program, vowing to stop waiving US nuclear sanctions on Iran unless the Europeans agreed to the changes he desires.

Qassemi said Iran had not received any official request from the EU for negotiation on its missile program.

"What is certain is that the Americans are dissatisfied with Iran's ties with regional countries and also the European Union, and are trying to bring them in line with their interests through exerting pressure on them," the spokesman said.

Qassemi said current relations between the Islamic Republic and the European bloc were strong enough and on a "logical track".

The spokesman further urged Turkey to stop its military operations in Syria's Afrin region, saying the current situation would lead to the "return of instability and terrorists".

"The Turkish government should reconsider. Whatever concerns Syria can be pursued through the Astana process," he said.

Iran, Russia and Turkey have been moderating talks between the Syrian government and opposition in the Kazakh capital of Astana since early 2017 as part of their efforts to establish peace in the Arab country.