TEHRAN, February 6 -Australia’s central bank struck an upbeat tune about the country’s economy on Tuesday, steering a steady rate path at its first meeting of 2018 even as global markets went into a tailspin. 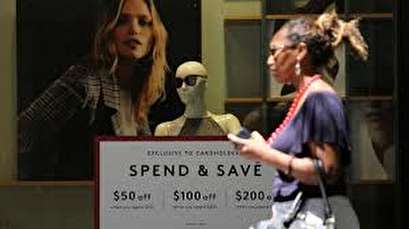 TEHRAN, Young Journalists Club (YJC) -Australia’s central bank struck an upbeat tune about the country’s economy on Tuesday, steering a steady rate path at its first meeting of 2018 even as global markets went into a tailspin.

The RBA held rates at 1.5 percent and steered clear of even mentioning the rout in global markets, which saw Wall Street sliding the most in a single day since 2011.

Cash rates in Australia have now been steady for 1-1/2 years, the longest spell of stable rates since the mid-1990s.

“The low level of interest rates is continuing to support the Australian economy,” Governor Philip Lowe said in the policy decision statement.

“Further progress in reducing unemployment and having inflation return to target is expected, although this progress is likely to be gradual.”

The bank narrowly upgraded its forecast for gross domestic product (GDP) growth to average “a bit above 3 percent” over the next couple of years.

“The data over the summer have been consistent with this outlook,” Lowe added.

Thursday’s figures from the Australian Bureau of Statistics (ABS) showed retail sales beat expectations for the fourth quarter as a whole to rise a rapid 0.9 percent in inflation-adjusted terms. That followed a very sedate 0.1 percent gain the previous quarter.

The revival greatly improved the outlook for GDP growth, given household spending accounts for around 57 percent of annual economic output.

Consumers are spending elsewhere too with new vehicle sales hitting another record in January. Besides, measures of business and consumer confidence have also lifted in recent weeks.

Fourth quarter GDP data is due on March 7.

Despite all that, household consumption still remained a source of uncertainty for the RBA, Lowe said.

Consumer spending has been under pressure from record-high household debt and sluggish wage growth, one reason the RBA is in no rush to raise interest rates from record lows.

Inflation has undershot the RBA’s 2-3 target for more than two years now and it is only expected to pick up gradually.

Futures markets <0#YIB;> imply around a 50-50 chance of a hike by November and are not fully priced for a rise until early next year. The local dollar slipped further after the RBA statement to $0.7849.

Other data out Tuesday showed Australia recorded a trade deficit of A$1.36 billion ($1.07 billion) in December, confounding forecasts of a A$200 million surplus.

However, November’s result was revised sharply to show a surplus of A$36 million, from an initial deficit of A$628 million, in part reflecting updated prices for iron ore and coal.