Over 100 missiles fired from Russian warships during Syrian operation - Navy

TEHRAN, February 8 - Over 100 missiles have been fired from the Russian warships since the beginning of Russia's anti-terror operation in Syria, Commander-in-Chief of the Russian Navy Adm. Vladimir Korolev said Thursday. 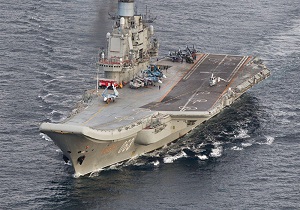 TEHRAN, Young Journalists Club (YJC) - "The Navy has been directly involved in the special operation of the Russian Armed Forces in Syria. The most important experience for the development of the Navy is, of course, the use of long-range cruise missiles from the Navy's ships and submarines. Over 10 missile strikes with a total number of over 100 missiles have been carried out and they resulted in the destruction of more than 80 facilities of illegal armed groups," Korolev said.

The Navy commander added that the Syrian operation allowed the Russian navy to use the aircraft carrier and sea-based aircraft in combat.

The ship-based aviation has carried out more than 400 sorties, destroying over 1,300 targets of illegal armed groups, Korolev added.

He also said that Russia has used its Navy in Syria on such a scale for the first time since the World War II. The armed forces have tested Caliber sea-based cruise missiles and gained combat experience in using the deck-based aircraft, he added.

Russia has been conducting an anti-terrorist operation in Syria since 2015 at the request of the Syrian government. The aircraft and warships have been striking terrorist targets, destroying clandestine arms factories, tens of thousands of militants, including top commanders. In December 2017, the Russian Defense Ministry announced that Daesh in Syria had been completely eliminated. President Putin has also said that the "victory over terrorists" had been achieved.