TEHRAN, February 9 - The White House has been accused of covering up allegations of domestic violence amid reports senior officials knew for months about the allegations leveled at a top employee but did nothing. 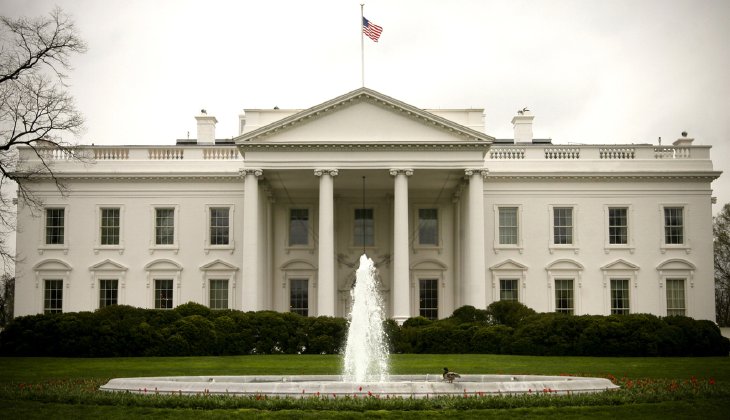 US Prescient Donald Trump’s Chief of Staff, John Kelly, initially defended Porter and wanted him to remain in the White House. As more allegations became public, he said he was “shocked” by them and agreed he should go.

Yet CNN said that according to multiple sources, senior aides to Trump had known for months about the allegations, even as Porter’s stock within the White House continued to rise.

Anti-domestic violence campaigners accused the White House of “shamefully” chosen to defend an alleged abuser rather the women making the accusations.

“In doing so, the White House sent the message that domestic violence should be covered up, perpetrators should be shielded and protected from accountability, and survivors should be not believed at best and attacked at worst,” said Cindy Southworth, Vice President at the National Network to End Domestic Violence.

“We call on the White House to issue a statement condemning domestic violence and acknowledging the harm committed by Rob Porter.”

Southworth told The Independent it was not yet clear what the White House had known or for how long. She said in recent months, campaigns such as the #MeToo movement had encouraged more women to come forward and report abuse.

During the presidential election campaign, Trump himself was accused by at least 15 women of conduct ranging from sexual harassment and assault to lewd behavior around women. Trump has denied the claims but he was caught on an Access Hollywood video from 2005 apparently bragging about sexually assaulting women.

Asked about the impact of having someone accused of abuse occupying the most senior elected office in the country, Southworth said: “Any time a prominent person or politician is accused of wrongdoing, it sends a message that these types of behavior are ok – [as] if a prominent person can get away with it, it’s ok.”

The White House said Trump first learned of the allegations this week. Both he and his eldest daughter, Ivanka, were said to be upset by the allegations of abuse, particularly when they saw images purporting to show the injuries the women suffered, it was reported.

The network said Porter’s ex-wives detailed the allegations to the FBI over the course of a routine background check. A year into the administration, Porter does not hold a security clearance.

Despite the claims, Porter’s career in the White House continued to prosper. He was one of a handful of aides who helped draft last week’s State of the Union address, travelled with Trump to the World Economic Forum in Davos and was among a select group of aides who shook hands with Chinese President Xi Jinping during a state visit to Beijing.

Having initially defended Porter, Kelly issued a subsequent statement in which he said he was shocked by the “new allegations”.

It also claimed that Hope Hicks, the White House communications director, with whom Porter is said to be involved in a relationship, helped craft the official response.

“There is no place for domestic violence in our society. I stand by my previous comments of the Rob Porter that I have come to know since becoming Chief of Staff, and believe every individual deserves the right to defend their reputation,” Kelly said. “I accepted his resignation earlier today, and will ensure a swift and orderly transition.”

Colbie Holderness, Porter’s first wife, and Jennifer Willoughby, his second, both said their ex-husband’s abuse was the reason for their respective divorces.