Iranians proud of ending rule of US puppet shah: Analyst

TEHRAN, February 11 -Iranians are proud that the Islamic Revolution brought to an end the regime of the shah, Mohammad-Reza Pahlavi, who was “an American and British puppet,” says a political analyst. 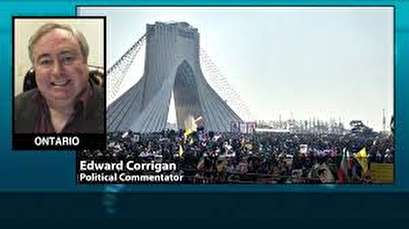 TEHRAN, Young Journalists Club (YJC) -Iranians are proud that the Islamic Revolution brought to an end the regime of the shah, Mohammad-Reza Pahlavi, who was “an American and British puppet,” says a political analyst.

“The Iranian people are proud of the achievements of the 1979 revolution,” Edward Corrigan told Press TV on Sunday, which coincidentally marked the 39th anniversary of the Islamic Revolution.

He went on to say that “the media in North America is unfortunately largely controlled by” giant corporations that “support the American government, (President Donald) Trump or even the Democrats who basically have” hostile policies toward Iran.

These companies “are purposely downplaying the strength of the support the government in Iran has,” he added.

This year like before, millions of Iranians took to the streets nationwide to renew their allegiance to the Islamic establishment and Imam Khomeini, the late founder of the Islamic Republic.

Sunday’s rallies come amid Trump's hostile policies on Iran, ranging from his warning that he might ultimately “terminate” the 2015 nuclear deal, known as the Joint Comprehensive Plan of Action (JCPOA), to his meddlesome stance on some scattered riots in Iran recently.

Trump has repeatedly described the JCPOA as “the worst and most one-sided transaction Washington has ever entered into,” a characterization he often used during his presidential campaign, and threatened to tear it up.

He also made interfering remarks about the gatherings in protest against economic conditions in Iran after groups of protesters held rallies in several cities in December to voice their anger over rising prices and unemployment.

In response to the riots, Iranians have staged several demonstrations so far to reaffirm their support for the government and denounce the acts of sedition and violence in the country.