TEHRAN, February 13 -U.S. President Donald Trump’s daughter-in-law Vanessa Trump was taken to a New York hospital on Monday after she opened a piece of mail containing an unidentified white powder that was later determined to be non-hazardous, officials said. 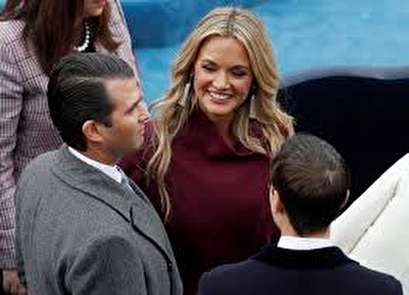 TEHRAN, Young Journalists Club (YJC) -U.S. President Donald Trump’s daughter-in-law Vanessa Trump was taken to a New York hospital on Monday after she opened a piece of mail containing an unidentified white powder that was later determined to be non-hazardous, officials said.

Vanessa Trump, the wife of the president’s eldest son Donald Jr., was hospitalized after she complained of nausea following her exposure, New York officials said. Two other people who were present were also taken to the hospital.

“The substance had arrived by mail and it was addressed to Donald Trump Jr.,” said New York Police Department spokesman Carlos Nieves.

U.S. authorities have been on alert for mail containing white powder since 2001, when envelopes laced with anthrax were sent to media outlets and U.S. lawmakers, killing five people.

The three included Vanessa Trump’s mother, although she had not complained of symptoms, the police spokesman said.

“Thankful that Vanessa & my children are safe and unharmed after the incredibly scary situation that occurred this morning,” Trump Jr. said on Twitter. “Truly disgusting that certain individuals choose to express their opposing views with such disturbing behavior.”

The U.S. Secret Service, which is charged with protecting members of the president’s family, confirmed it was involved in the investigation, said spokesman Jeffrey Adams.

Trump Jr. in September briefly gave up his Secret Service protection, normally provided to the immediate families of all sitting presidents, the New York Times reported at the time, citing unnamed administration officials. His protective detail was restored after about a week, CNN reported, also citing unnamed sources.

Trump Jr. has been in the public eye for his role in a 2016 meeting in Trump Tower with a Russian attorney and others after the Trump campaign was offered potentially damaging information about Democratic rival Hillary Clinton.

Congress has held probes into that meeting and whether it was part of a Russian campaign to influence the 2016 U.S. presidential election.

Russia denies trying to influence the election. Trump dismisses any talk of collusion.

In 2016, white powder, which also proved harmless, was sent to the home of Eric Trump, Trump Jr.’s brother.