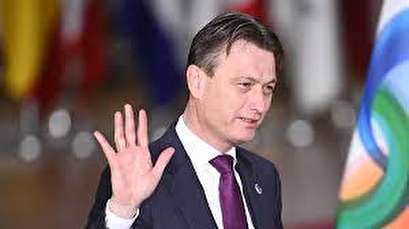 The official admitted that his credibility had been damaged by the ongoing scandal to such an extent that his position had become untenable.

Halbe Zijlstra announced his resignation in an emotional speech to the House of Representatives. Zijlstra described the “Greater Russia” affair as the “biggest mistake” in his political career, adding that the country deserves a Foreign Minister who is beyond reproach.

The “Greater Russia” scandal has prematurely finished Zijlstra’s term as the Foreign Minister of the Netherlands, as he assumed the post only back in October 2017.

The scandal has its roots in 2016, when Zijlstra claimed at a party conference that he had overheard the Russian leader Vladimir Putin talking about his plans to create a “Greater Russia” at a gathering of businessmen in 2006, at which time Zijlstra was working for the Shell oil company. The official claimed that he heard Putin talk about a “Great Russia” which included “Russia, Belarus, Ukraine and the Baltic states,” while “Kazakhstan was nice to have” as well.

The official’s story was challenged by the Volkskrant newspaper, which discovered that despite Zijlstra having been part of Shell’s delegation he was in fact not present at the business meeting in question. Following the revelation the official acknowledged having lied, claiming that he did so in order to protect the actual source, whom he declined to name. He insisted, however, that the whole story about Putin’s alleged plans for “Greater Russia” was true.

The scandal has triggered a storm of Twitter mockery under the hashtags #LyingDutchman and #HalbeWasErbij (Halbe Was There), featuring doctored photos of some historic events and places the official might have also “attended”personally.