TEHRAN, February 14 -In time most digital currencies will be worthless, according to the head of the centralized cryptocurrency ripple, Brad Garlinghouse. 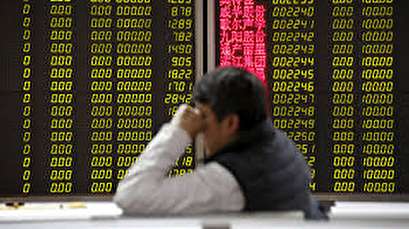 TEHRAN, Young Journalists Club (YJC) -In time most digital currencies will be worthless, according to the head of the centralized cryptocurrency ripple, Brad Garlinghouse.

The majority of cryptocurrencies can’t be used as transactional currency, and they are being traded like assets, according to the CEO. Ripple and the company behind it are arguably the most criticized digital assets, as the whole idea of bitcoin as the first cryptocurrency was that it should not be regulated.

Ripple peaked $3.31 in January and fell to around $1.00 this week. The idea of the token is to act as a bridge between international bank transactions, not to become the alternative for fiat currencies. The majority of ripple tokens are held by the parent company, meaning that it can regulate their price.

Garlinghouse said he believes the best way of using cryptocurrency is to “work within the system,” not become an opposition to government regulation and traditional financial institutions.

He also gave a nod to the idea that bitcoin — which he says is 1,000 times slower and more expensive than XRP — will still be used as a store of value, similar to the role that gold has played. But it won't be used for payments, in Garlinghouse’s opinion.

Share to
Related News
Fiat, Ferrari boards to meet on Marchionne succession: report
Cryptocurrencies pose serious threat to Bank of America according to its SEC filings
Bitcoin sinking like a stone with cryptocurrency market in freefall
It's getting harder to buy bitcoin with a credit card
Bitcoin rate falls below $8 thousand
Tags
Ripple ، boss ، cryptocurrencies
Your Comment