TEHRAN, February 14 - US tech giant Apple shipped more watches in the last three months of 2017 than all the watchmakers in Switzerland combined, according data compiled by German market research firm Statista.

Apple Watch had its best quarter ever, according to Singapore-based market analyst firm Canalys. The unprecedented growth of sales was reportedly boosted by the release of the Series 3 model including optional LTE support.

“Apple has won the wearables game,” said Jason Low, senior analyst at Canalys. “Despite innovative designs, such as the rotating bezels and circular screens employed by other vendors, Apple has pulled far ahead as it continues to focus on its core iPhone user base. Its recent updates to the Series 3, such as GymKit and Apple Heart Study, are proving to offer compelling use cases, encouraging users to spend more on accessories.” 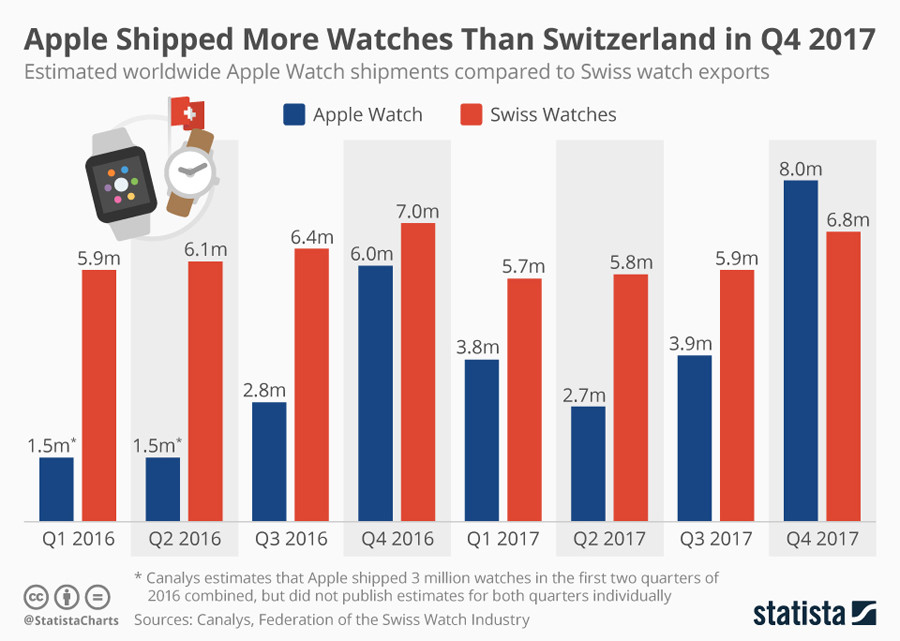 The chart above illustrates Apple’s path to victory over the world’s cradle of watchmaking that introduced such iconic brands as Rolex, Patek Philippe, Tag Heuer and Swatch. The latest numbers back the company’s claim that the Apple Watch became the number one timepiece in the world in 2017.