‘Obsessive and obscenity-laden’: Assange hits back at Intercept claims he backed Trump

TEHRAN, February 16 -WikiLeaks co-founder Julian Assange has rejected claims by The Intercept that he backed Donald Trump’s presidential campaign. He accused the outlet of furthering one of the authors' personal obsession. 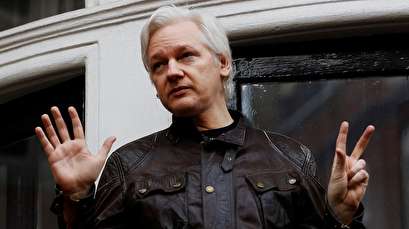 TEHRAN,Young Journalists Club (YJC) -WikiLeaks co-founder Julian Assange has rejected claims by The Intercept that he backed Donald Trump’s presidential campaign. He accused the outlet of furthering one of the authors' personal obsession.

“The editorial propriety of letting Micah F Lee, of all people, instrumentalize the Intercept to further his obsessive, obscenity laden campaign against WikiLeaks must be questioned,” Assange said on Thursday.

In Wednesday’s story, Lee and Cora Currier of The Intercept claimed to have seen private Twitter messages from WikiLeaks staff from November 2015 onwards.

“We believe it would be much better for GOP to win,” said a message they attributed to Assange. “Dems+Media+liberals would then form a block to reign in their worst qualities.”

“With Hillary in charge, GOP will be pushing for her worst qualities. Dems+media+neoliberals will be mute,” another message said. “She’s a bright, well connected, sadistic sociopath.”

“GOP will generate a lot opposition, including through dumb moves. Hillary will do the same thing, but co-opt the Liberal opposition and the GOP opposition,” a third message said. “Hence Hillary has greater freedom to start wars than the GOP and has the will to do so.”

On Thursday, Assange said Lee had a long-standing vendetta against his whistleblowing organization, and he was instrumental in blocking tax-deductible donations to the site.

Assange, who is still confined to the Ecuadorian embassy in London after his appeals against a UK arrest warrant failed, insisted Wikileaks does not save such messages. He added that the writers of the article did not even contact him to check the veracity of the comments, and that they admitted the group who sent the messages had “low security” and was not set up by Wikileaks.