TEHRAN, February 18- Sweden has offered to provide troops for a potential United Nations (UN) peacekeeping mission in eastern Ukraine to help resolve the years-long deadly conflict between the government in Kiev and ethnic Russians in the east. 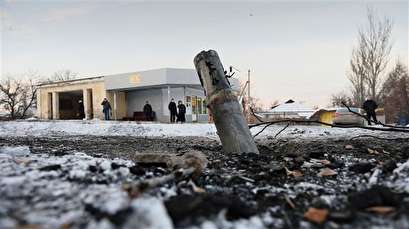 TEHRAN,Young Journalists Club (YJC) - Sweden has offered to provide troops for a potential United Nations (UN) peacekeeping mission in eastern Ukraine to help resolve the years-long deadly conflict between the government in Kiev and ethnic Russians in the east.

Russian President Vladimir Putin had suggested a UN peacekeeping mission be deployed to eastern Ukraine, where the Kiev government has been cracking down on ethnic Russians since 2014.

The idea was supported by Ukraine’s president as well as many Western leaders.

Ukraine’s President Pedro Poroshenko called on delegates at a security conference in Munich, Germany, to push for the deployment of UN peacekeepers in eastern Ukraine’s Donbass region, where fighting is underway.

Speaking at the Munich Security Conference on Saturday, Sweden’s Defense Minister Peter Hultqvist said his country would provide peacekeepers for the proposed UN mission if Russia and the West agreed.

“We are not there yet, but it is something positive… If we see the right conditions and if we see that this mission can help… then we are open to that,” Hultqvist said.

Currently, the Organization for Security and Co-operation in Europe (OSCE) is tasked with monitoring a spotty ceasefire mediated by Russia, Germany, and France between the Ukrainian government and the pro-Russia forces in 2015.

The OSCE has 700 unarmed civilian monitors reporting violations of the ceasefire on a daily basis. The monitors have proven ineffective in resolving the crisis in eastern Ukraine, and the OSCE chief has urged fresh efforts in this regard.

In order to renew peace efforts, a UN security force made up of some 20,000 soldiers and 4,000 police from non-NATO countries has been proposed. Russia is opposed to the deployment of NATO forces near its borders.

Sweden is not a NATO member.

The Ukrainian crisis began in 2014 when the Kiev government launched a crackdown on peaceful ethnic Russian protesters seeking greater autonomy in the eastern Ukrainian regions of Donetsk and Lugansk — collectively known as the Donbass. The crisis soon turned into an armed conflict.