TEHRAN, February 20-Kenya prevented two opposition activists from traveling abroad because it had not been formally sent a court order reinstating their passports, immigration authorities said on Tuesday. 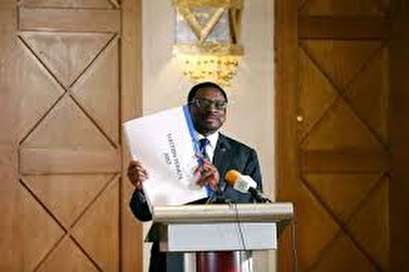 TEHRAN,Young Journalists Club (YJC) - Kenya prevented two opposition activists from traveling abroad because it had not been formally sent a court order reinstating their passports, immigration authorities said on Tuesday.

The government suspended the passports of senator James Orengo and financier Jimi Wanjigi, who both support opposition leader Raila Odinga. The grounds for the suspension were not clear and the Interior Ministry did not respond to a request for comment.

The incident is likely to intensify criticism that the government is trampling on civil rights in an effort to crack down on the opposition following disputed elections last year, and Odinga’s symbolic inauguration of himself as president last month.

The government shut down transmission for three private television stations planning to screen the inauguration live, and deported a prominent opposition lawyer in defiance of court orders, prompting a public rebuke from the Chief Justice.

Kenya is the region’s richest economy and a major hub for multinationals, but the crackdown and the flouting of court orders have provoked concern among diplomats and rights activists. Diplomats also condemned Odinga’s mock inauguration.

The government argued that it did not obey court orders regarding the two men because it had not received a formal copy of the order, according to a statement by Gordon Kihalangwa, the director of immigration services.

“We learnt through the media that the Court had granted orders that the Department of Immigrations should not interfere with the movement/travel of these two. Neither the Director of Immigration Services nor the Department was served with such orders as is required by the law,” the statement said.

Odinga, the son of Kenya’s first vice-president, is a long-time rival of President Uhuru Kenyatta, the son of the first president. Despite official results that show Kenyatta received 1.4 million more votes, Odinga claims he won elections in August, which the Supreme Court nullified on procedural grounds.

Repeat elections were held in October, but Odinga boycotted them, claiming they would be unfair.