Syrian territory must be cleared up in coming months: Commander

TEHRAN, February 26 - Iranian Chief of Staff of Armed Forces stressed that the whole Syria must be freed from terrorists within the next months. 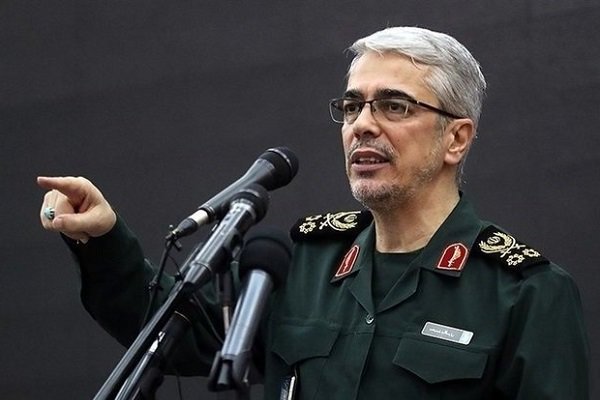 TEHRAN,Young Journalists Club (YJC) - Pointing out to the Syrian ceasefire resolution in a press conference on Sunday, Brigadier General Mohammad Bagheri said “seeing that Syrian army and government are trying to clear the suburbs of Damascus from terrorists, there again those who do not want peace and security for Syria erected the ceasefire flagpole to support the terrorists”.

He added that Syria’s Army and government are seeking ceasefire in order to provide the Syrians with peace and security.

General Bagheri mentioned that the terrorists having already hit 1200 shells to Damascus did not commit to the ceasefire, killed a large number of innocent people and disturbed their peace and security.

He asserted that surely fight against terrorists would continue jointly by the country itself, Iran, and Russia of course with a full commitment to the ceasefire resolution.

The Syrian capital has seen a dramatic rise in deadly attacks over the past several days.

The escalating violence comes amid international efforts to end clashes between government forces and militants in Eastern Ghouta.

On Saturday, the United Nations Security Council unanimously voted in favor of a resolution demanding a 30-day truce in Syria 'without delay' to allow aid access and medical evacuations.