TEHRAN, February 28 -Cambodia said on Wednesday it was saddened and shocked by a “disrespectful” U.S. decision to rein back aid programs because of perceived democratic setbacks and defended its record on democracy. 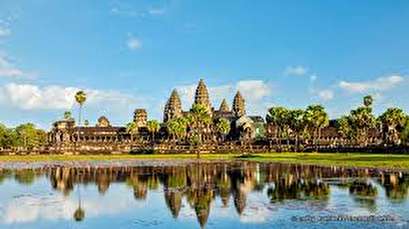 TEHRAN,Young Journalists Club(YJC) -Cambodia said on Wednesday it was saddened and shocked by a “disrespectful” U.S. decision to rein back aid programs because of perceived democratic setbacks and defended its record on democracy.

The White House said on Tuesday it was suspending or curtailing several Treasury, USAID and military assistance programs that support Cambodia’s military, taxation department and local authorities - all of which, it said, shared blame for recent instability.

A Cambodian court on Tuesday ordered the seizure of the headquarters of the main opposition party, pending the payment of damages to Prime Minister Hun Sen, the latest blow to the dissolved opposition Cambodia National Rescue Party.

Hun Sen, who has ruled Cambodia for more than 30 years, has forced the closure of an English-language newspaper and jailed government critics, including opposition leader Kem Sokha, whom he has accused of conspiring with the United States to overthrow him.

Rights groups and Western nations have decried the crackdown on the opposition ahead of a general election set for July 29.

“Besides being saddened and shocked over the decision by the friendly nation over development assistance, Cambodia is proud to maintain and continue democracy with energy,” government spokesman Phay Siphan told Reuters on Wednesday.

Phay Siphan called the aid cut “disrespectful” and “dishonest” as it builds democracy.

“Democracy belongs to the people, not to the party that is already dissolved,” he said. “Cambodia had a bitter experience during the interventions of the United States and Western nations, which tried to set up democracy between 1970 and 1975, and they failed,” he said.

Hun Sen has never forgiven the United States for dropping bombs on Cambodia during the Vietnam War, which ended in 1975. Cambodia ranks among the world’s nations most littered with unexploded ordnance, says the Mines Advisory Group, which helps find and destroy unexploded devices that kill or injure an average of two Cambodians every week.

The White House said that Washington had spent more than $1 billion in support for Cambodia and that assistance in health, agriculture and mine-clearing will continue.