TEHRAN, February 28 - The faculty at Lehigh University has voted that the college should rescind President Trump's honorary degree. 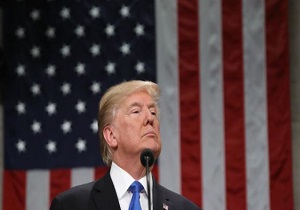 Faculty voted online, with 83 percent of respondents saying the university should rescind the degree the president received in 1988, WFMZ-TV reported.

The vote had a 76 percent response rate among the faculty, according to the publication.

Faculty members had argued that Trump's actions do not fall in line with the university's character or standards.

Two week ago, faculty members approved a motion to conduct an electronic vote among the entire teaching body regarding the president's degree.

The results of the vote will now be presented to the university's Board of Trustees, according to the publication.

The board chose to take no action last October, saying at the time the university "encourages respectful dialogue, discussion, and learning about important societal issues."