TEHRAN, February 28 - Egypt's chief prosecutor on Wednesday reminded his staff to closely monitor the media and start legal action against any outlet that disrupts security or hurts national interests, according to a statement issued by his office. 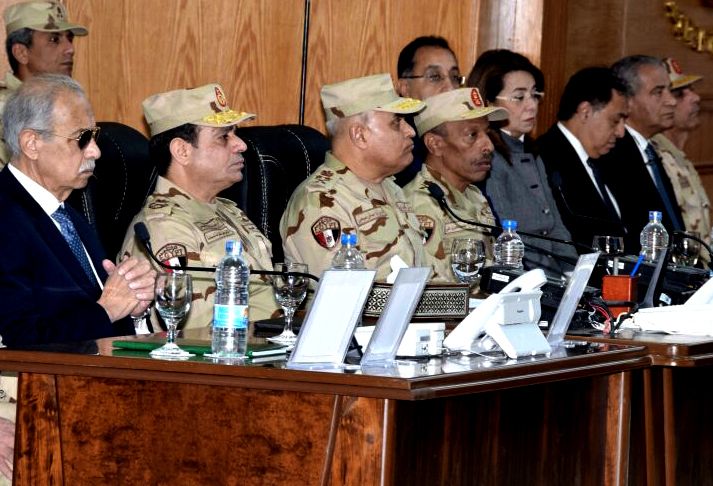 TEHRAN,Young Journalists Club(YJC) - Nabil Sadeq's statement says "forces of evil" — one of President Abdel-Fattah el-Sissi's hallmark phrases — have recently been trying to hurt the nation's safety and security and spread false news in the media and social media sites.

It said Sadeq's order followed "the endeavors of the forces of evil to undermine the security and the safety of the nation through the broadcast and publication of lies and false news."

Sadeq ordered prosecutors to monitor what he called "false news, statements or rumors" that harm national security or interests or instill "terror" in society. It also urged media regulatory bodies to notify prosecutors of violations by media outlets.

It was unclear what prompted the statement, but it came a day after Egyptian authorities called on officials and the "elite" to boycott the BBC after it broadcast a report on repression of dissent under el-Sissi that addressed torture and forced disappearances.

The State Information Service, which accredits foreign media in Egypt and monitors their coverage, urged individuals to refuse interviews with the BBC until the network formally apologizes for the report. It also wants the BBC to publish an Egyptian statement alleging the BBC report contained inaccuracies.

The BBC report last week included interviews with activists and other individuals describing police abuses, including a mother who says her daughter was arrested by police a year ago and has not been seen since.

The BBC report has dominated Egyptian media over recent days, with many pro-government commentators branding it an attempt to defame the country or spread propaganda inspired by the Muslim Brotherhood, an outlawed Islamist group.

The chief prosecutor's statement also comes ahead of the March 26-28 presidential elections. The vote is virtually certain to be won by el-Sissi, whose only challenger is an obscure politician who supports the incumbent. Moussa Mustafa Moussa entered the race in the eleventh hour as a face-saving candidate after a string of would-be candidates were forced out of the race or arrested.

Egyptian authorities have been cracking down on dissent since 2013, when el-Sissi as defense minister led the military's ouster of an Islamist president, Mohammed Morsi of the Brotherhood, whose one year in office proved divisive.

While emerging as a global voice against Islamic extremism and a keen economic reformer at home, el-Sissi has overseen the crackdown, jailing thousands of Daesh members along with secular, pro-democracy activists, silencing most critical voices in the media and placing draconian restrictions on the work of rights groups and street demonstrations.