TEHRAN, March 8 - The Iranian envoy to the International Atomic Energy Agency (IAEA) has criticized the US for failing to live up to its commitments under the nuclear deal signed between Tehran and the P+1 group of countries in 2015. 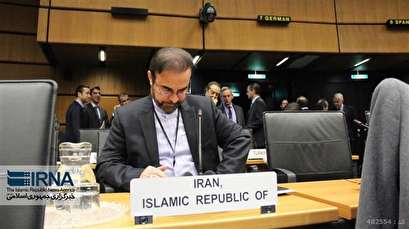 TEHRAN,Young Journalists Club (YJC) - Speaking at a quarterly meeting of the IAEA's Board of Governors in Vienna on Wednesday, Reza Najafi described the US approach vis-à-vis the implementation of the deal as unacceptable and disappointing, warning that Washington’s measures could undermine the landmark agreement, known as the Joint Comprehensive Plan of Action (JCPOA).

“The US government, by limiting Iran from reaping the benefits of the deal in contravention of the JCPOA letter and spirit, has pursued a destructive approach to undermine successful implementation of the agreement,” he said.

“The US government should fully and unconditionally implement all its commitments under the JCPOA,” the Iranian envoy said, reiterating that the full implementation of the deal by all parties guaranteed the agreement’s sustainability.

He also said that Tehran would continue to abide by the nuclear deal as long as the other signatories did so.

Najafi added that the latest report by the IAEA showed Iran’s full compliance with the JCPOA.

On Monday, the IAEA head, Yukiya Amano, once again confirmed Iran's compliance with the 2015 nuclear agreement between Iran and the P5+1 group of countries, warning that any collapse of the deal would be a "great loss."