TEHRAN, March 28 - Syrian government forces are reportedly preparing to stage a massive operation to liberate the last militant-held town in Eastern Ghouta if the terrorists holed up there refuse to surrender. 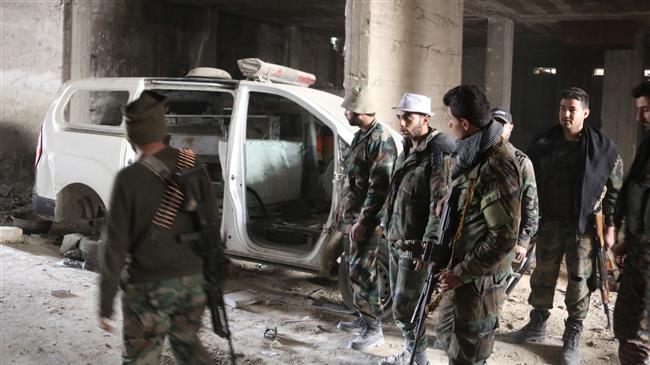 TEHRAN,Young Journalists Club (YJC) - “The forces deployed in Ghouta are preparing a huge military operation in Douma if the Jaish al-Islam terrorists do not agree to hand over the city and depart,” pro-Syrian government newspaper al-Watan reported on Wednesday.

A Syrian official, who spoke on condition of anonymity, told Reuters that the situation with regard to Douma is in a critical phase.

“These two days will be decisive,” the official said.

Other militant groups are leaving different parts of Eastern Ghouta in convoys under deals with the government, which is now in control of some 90 percent of the suburban area near Damascus.

However, the Jaish al-Islam Takfiri group says it will stay in Douma, which is home to tens of thousands of civilians.

On Tuesday, Jaish al-Islam said Russia had yet to give its answer to proposals regarding Douma, accusing the Syrian and Russian governments of seeking to change the demographic map of the area by evacuating its residents. 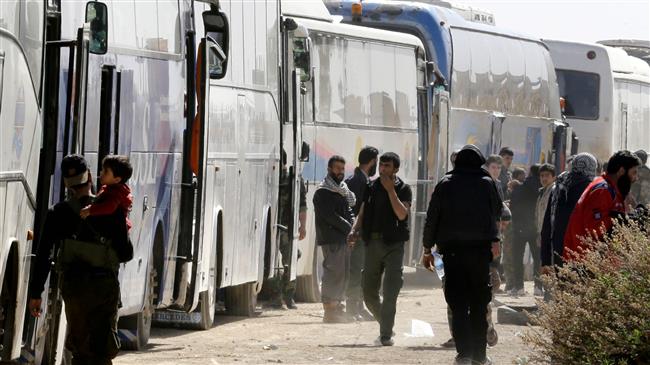 On Tuesday, the largest convoy of evacuated militants and their families, which included 100 buses carrying 6,749 people, departed Eastern Ghouta as part of a ceasefire deal reached last week between the Faylaq al-Rahman militant group and Russia, which is helping the Syrian army rid the Arab country of Takfiri terror outfits.

The agreement, which covers four Eastern Ghouta towns of Arbin, Zamalka, Jobar and Ein Terma, allows the immediate evacuation of the wounded.

The first ceasefire agreement in Eastern Ghouta was concluded with the Ahrar al-Sham terrorist group that agreed to the evacuation of up to 7,500 militants and their families from the town of Harasta.

Syria has established a humanitarian corridor to allow civilians to leave the operation zone, while Russia has been enforcing daily pauses in fighting to facilitate people's exit.

Eastern Ghouta fell to multiple militant groups in 2012, months after Syria plunged into crisis, and has since served as a launch pad for fatal mortar attacks against residents and infrastructure in the capital.