TEHRAN, April 03 - An American Muslim woman is planning to sue a hospital in Michigan, where she was brutally attacked by a patient in an apparent hate crime. 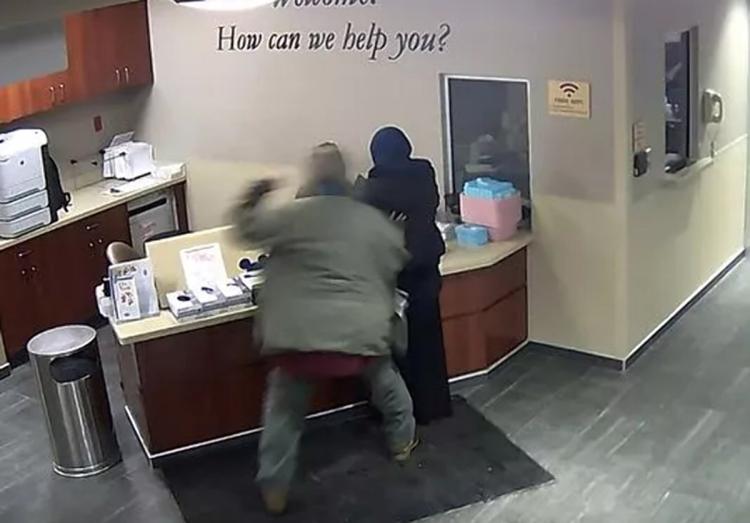 TEHRAN, Young Journalists Club (YJC) - The hijab-wearing student approach the reception desk at the hospital’s Accident and Emergency department before a grey-haired man storms into the waiting room and starts punching her right in the head.

The attacker, identified as 50-year-old John Deliz, manages to get several punches in and knocks the victim off before the hospital’s staff and other people present at the scene manage to pull her away from him.

The woman, whose identity is being kept from public for privacy reasons, has filed for legal action against the hospital for its failure to take appropriate measures to monitor the Deliz, who is said to have mental issues.

According to the victim’s lawyer said, Deliz admitted in a Detroit court that he had escaped from a "group home" for people with complex health issues.

Deliz also claimed that he suffers from bipolar disorder and schizophrenia and hadn’t taken his medicine for a long time.

"Instead of giving him mental treatment, they put him back in the patient pool, thereby giving way to his attack," said Majed Moughni, the lawyer. "No person should ever have to enter into a hospital emergency room with one injury and exit with two."

"He wanted mental care, he didn’t get it," Moughni said of Deliz, and added that he was discharged. "They knew he was a danger yet instead of removing him, removing this danger, they allow him to stay and they allowed him literally to attack my client."

The lawsuit says the attack was “racially motivated” and seeks some $25,000 in damages.

Deliz attacked the Muslim woman "for no other reason but because she was a Muslim!" the complaint stated.

Some police officers said this was not Deliz’s only victim. After being discharged from the hospital, he stood there "wandering down the adjacent hallways" and accosting "other patients, asking for cigarettes."

In a statement, Beaumont Dearborn Hospital confirmed the attack but defended the reaction from its staff.