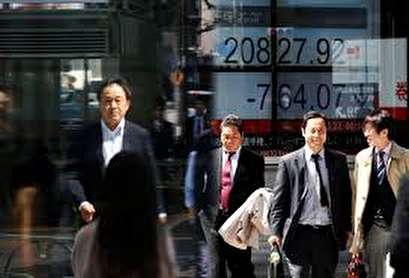 The U.S. market had taken heart overnight from bets that President Donald Trump’s Twitter attacks on Amazon would not translate to actual policy.

Yet trade worries were never far away. Late on Tuesday, the Trump administration announced 25 percent tariffs on $50 billion of annual imports from China, covering around 1,300 industrial technology, transport and medical products.

China’s commerce ministry immediately warned it was preparing countermeasures of equal intensity, which could be announced as early as Wednesday.

“That would provide some much needed short term relief to investors and allow them to focus back on economic and corporate fundamentals, which are still in decent shape.”

For now, caution was the watchword and MSCI’s broadest index of Asia-Pacific shares outside Japan spent most of the session dithering either side of flat, and was last off 0.3 percent.