Tehran will win if Trump pulls out of nuclear deal: Dennis Ross

TEHRAN, April 04 - Longtime American diplomat and presidential aide Dennis Ross believes that if President Donald Trump pulls out of the nuclear deal with Iran, Tehran will be the ultimate winner. 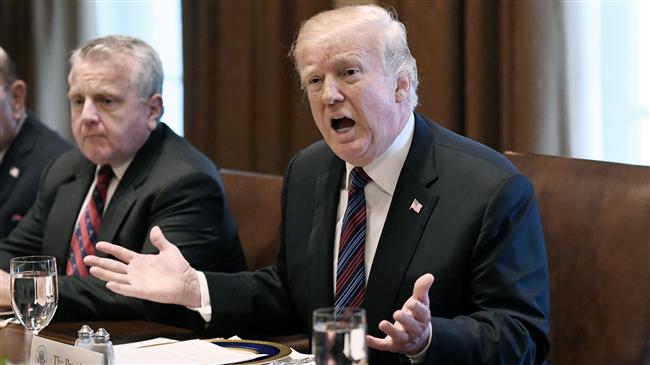 TEHRAN, Young Journalists Club (YJC) - Trump has until May 12 to announce his policy towards the agreement known as the Joint Comprehensive Plan of Action (JCPOA), which was reached between Iran and the US, the UK, France, Russia, China and Germany on July 14, 2015.

“If he withdraws, he withdraws alone. The Europeans will not join him,” Ross, a distinguished fellow at the Washington Institute, wrote in an opinion published by The Washington Post on Monday.

Withdrawing from the deal, Ross contended, will end Europe’s willingness to cooperate with the Trump administration to “accept a number of concessions” to stay in the accord, including possible sanctions on Iran’s missile program.

A State Department team has been working with their counterparts in France, Germany, and the United Kingdom to identify a compromise that would encourage Trump to remain in the agreement.

"Even if the British, French and Germans are not prepared to go as far as the administration might like, they have acknowledged the Trump administration’s concerns about the deal and been willing to address them at least in part," he said. "Walking away will end that."

“It will isolate the United States, not the Iranians,” added Ross, who served in senior national security positions in the administrations of Presidents Ronald Reagan, George H.W. Bush, Bill Clinton and Barack Obama.

Ross argued that a unilateral withdrawal by Washington will prompt the Europeans to "offer incentives to the Iranians to stay in the deal," as Tehran has already declared that it would install new and more effective centrifuges.

The analyst went on to say that Trump’s threats against European companies working with their Iranian counterparts cannot coerce them into stopping their investment in Iran.

“For those who say the administration can pressure Europe by threatening to impose sanctions on European companies that do business with the Iranians, don’t bet on it," he said.

"The Europeans have always resisted such secondary sanctions, and given Trump’s unpopularity with European publics, few leaders there will want to appear to give in to American threats,” he noted.

“Trump may believe that walking away from the deal makes him look tough on Tehran. It doesn’t,” Ross said, adding it “gives the Iranians a win.”

"It would create the illusion of toughness on Iran without the effect."

Trump has repeatedly described the JCPOA negotiated under Obama as “the worst and most one-sided transaction Washington has ever entered into,” a characterization he often used during his presidential campaign, and threatened to tear it up.

He delivered a 120-day ultimatum to America’s European allies on January 12 that they must agree to “fix the terrible flaws of the Iran nuclear deal” or he would refuse to extend US sanctions relief on Iran and would pull out of the deal.

On Friday, Iranian Foreign Minister Mohammad Javad Zarif, warned the US against withdrawing from the agreement, saying, “it will definitely be a painful mistake for the Americans."

Washington has been accusing Tehran of not fulfilling its commitments under the deal.

The International Atomic Energy Agency (IAEA), however, has filed nine consecutive reports over the past two years verifying Iran’s compliance.