TEHRAN, April 05 -A decision by the Philippines to close the holiday hotspot of Boracay, which President Rodrigo Duterte has called a “cesspool”, prompted airlines Thursday to cut back flights to the island, while business groups called for the decision to be reconsidered. 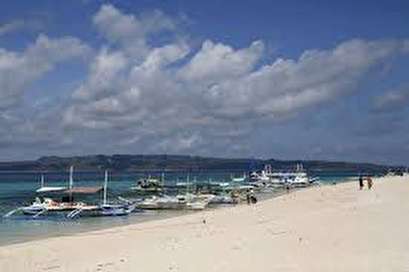 TEHRAN, Young Journalists Club (YJC) -The abrupt presidential order to close Boracay to tourism for six months from April 26, aimed at rescuing the once idyllic island from ruin, was issued Wednesday.

Cebu Pacific, the dominant domestic carrier, said it canceled 14 daily round-trip flights to Caticlan and Kalibo, Boracay’s two main gateways, from April 26 to Oct. 25, while Philippine Airlines [PHL.UL] said it would scale down services to the airports and add flights to other destinations.

Discovery World Corp, which operates an 88-room resort in Boracay, said Thursday that the closure would have a significant impact on its financial health, citing the resort’s large contribution to revenue. The company’s shares dropped 7.5 percent on Thursday.

The Philippine tourism minister, Wanda Teo, said Thursday that businesses and visitors to the crowded 10-square-kilometre (4-sq-mile) island would have to make a sacrifice.

“If you close one establishment but open another, tourists will still come. All establishments, whether compliant or not, will be closed,” Teo told ANC news channel. “Everyone must sacrifice here.”

The tourism industry urged a less drastic approach to rehabilitating the island and to delay the planned closure.

Jose Clemente, president of the Tourism Congress of the Philippines, said businesses were aware of Duterte’s planned cleanup, but hoped for a partial or phased closure, and more time to adjust.