TEHRAN, April 05 - Italy's next government must be led by a bloc of conservative bloc that won the most seats at last month's inconclusive national election, leader of the center-right Forza Italia party Silvio Berlusconi said on Thursday. 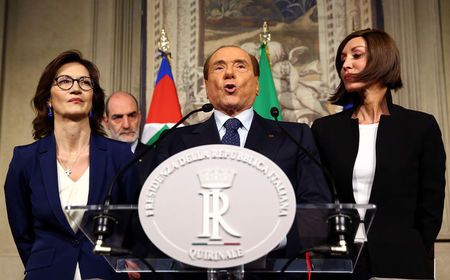 TEHRAN, Young Journalists Club (YJC) - "This government cannot but start with the alliance that won the elections, the center-right, and with the leader of the most voted political force in that alliance, the League," former prime minister Berlusconi said after holding talks with President Sergio Mattarella.

The conservative bloc fell well short of a majority in both houses of parliament, meaning that it will need to strike a deal with either the anti-establishment 5-Star Movement or the center-left Democratic Party (PD) to form a coalition.

The 5-Star has ruled out any accord with Berlusconi, while the PD says it plans to stay in opposition.