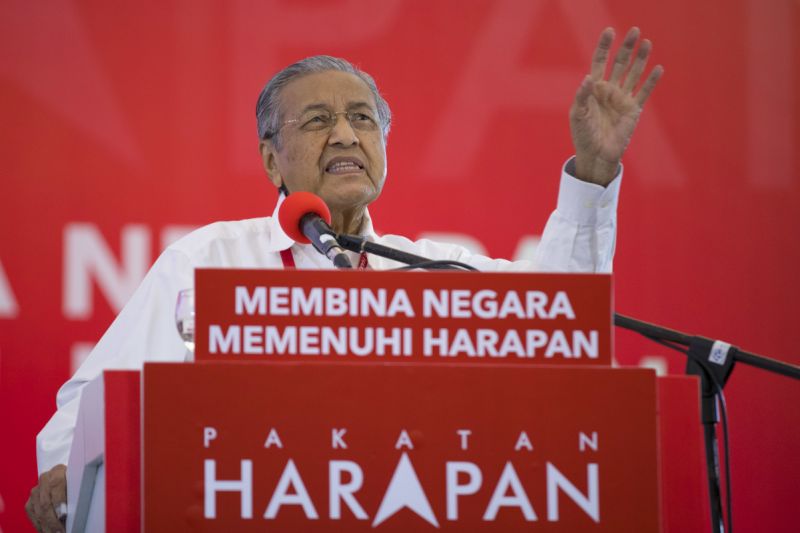 TEHRAN, Young Journalists Club (YJC) - The Registrar of Societies said the Parti Pribumi Bersatu Malaysia failed to submit adequate documentation related to its registration and asked it to do so within a month or be permanently deregistered.

Elections are due by August but Prime Minister Najib Razak is widely expected to dissolve Parliament on Friday to pave the way for a vote next month. Support for Najib's ruling coalition has dwindled in the last two elections and in 2013 it lost the popular vote for the first time.

Pribumi party official Wan Saiful Wan Jan called Thursday's order "an abuse of power by a regime that is desperate to stay in office."

He said the party was to meet later Thursday to decide its next move.

"We will continue to fight this abusive regime," he said. "This action provides even stronger evidence that they must be removed if we want bring back integrity into our institutions."

Najib has been engulfed in an international financial scandal involving the 1MBD state fund that he set up in 2009 and that went on to accumulate billions of dollars in debt.

The U.S. and several other countries are investigating allegations of cross border embezzlement and money laundering at the fund.

The U.S. Justice Department says at least $4.5 billion was stolen from 1MDB by associates of Najib and it is working to seize $1.7 billion taken from the fund to buy assets in the U.S.

Najib, who denies any wrongdoing, has fired critics within the government and muzzled the media since the scandal erupted three years ago.

Analysts expect Najib to win a third term due to infighting in the opposition, unfavorable electoral boundary changes and strong support for the government from rural ethnic Malays.